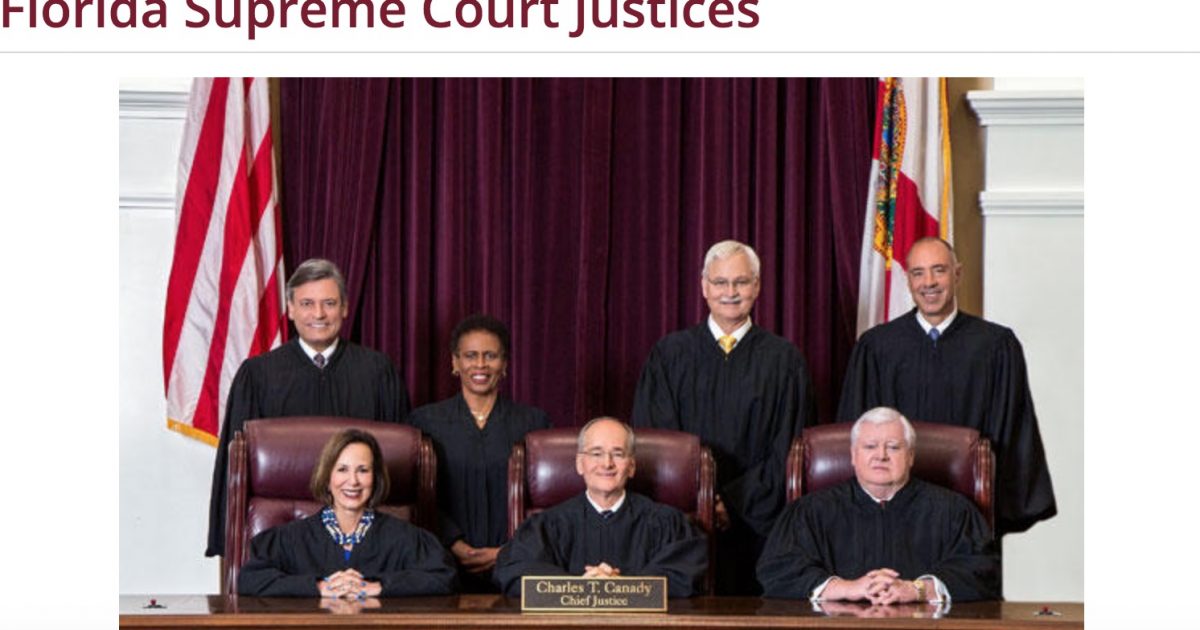 The Case for Carlos Muniz for FL Supreme Court Justice

In the 2016 presidential election, the United States Supreme Court appointments were front and center when Americans made up their minds and cast their votes. They understood that nothing less than freedom, the cause of liberty and the fate of our nation was at stake.

Likewise, in the recent gubernatorial election, the upcoming Florida Supreme Court vacancies weighed heavily on the minds of many Florida voters.

In my opinion, Carlos Muñiz, 49, is the standout  nominee on that list, yet he has never been a judge.  On the surface, some may think that would be an issue. But history doesn’t reflect that.

The late Chief Justice Raymond Ehrlich, from Jacksonville, had not been a judge when he was appointed to the Florida Supreme Court (Current court is pictured).

Going back further in U.S. history,  Patrick Henry, a five-term governor, was offered the position of chief

justice of the United States Supreme Court and had never been a judge. To President George Washington’s dismay, Henry turned down that position.

Muñiz is an intellectual with a sterling resume who would invigorate the court. He is a textualist and believes firmly in the rule of law. His entire career in public service has been adhering to the rule

Philosophically, Muñiz is a conservative in the mold of Justice Clarence Thomas and his unassuming personality, integrity and humility are like Thomas as well.

Muñiz attended the University of Virginia, where he graduated with high honors. He received his Juris Doctor from Yale Law School and was an editor of the Yale Law Journal.

After graduating from law school, Muñiz served as a law clerk to two federal judges, one on the U. S. District Court of Appeals for the Second Circuit, and the other for the U. S. District Court for the District of Columbia. He was also the deputy general counsel for Gov. Jeb Bush and the chief deputy attorney general for Attorney General Pam Bondi. He currently is general counsel for the U.S. Department of Education.

Gov. Ron DeSantis stated in his inaugural speech that he would only appoint judges who would strictly uphold and defend the constitutions of the United States and the state of Florida.

DeSantis has appointed two outstanding judges and Muniz should be his third.

Not only does Muñiz fill his requirement revering the Constitution; if appointed, the Florida Supreme Court could become a national role model for the rule of law.

When a governor leaves office, his enduring legacy will be who he appointed to this court and how those choices affected the great state of Florida.

A state of 21 million people deserves the brightest legal thinkers who are most dedicated to the rule of law. Carlos Muñiz is a battle-tested leader who fits that description perfectly.

Nancy Peek McGowan of Jacksonville was the state chair of Women4DeSantis. She is a University of Florida alumni with a degree in political science.