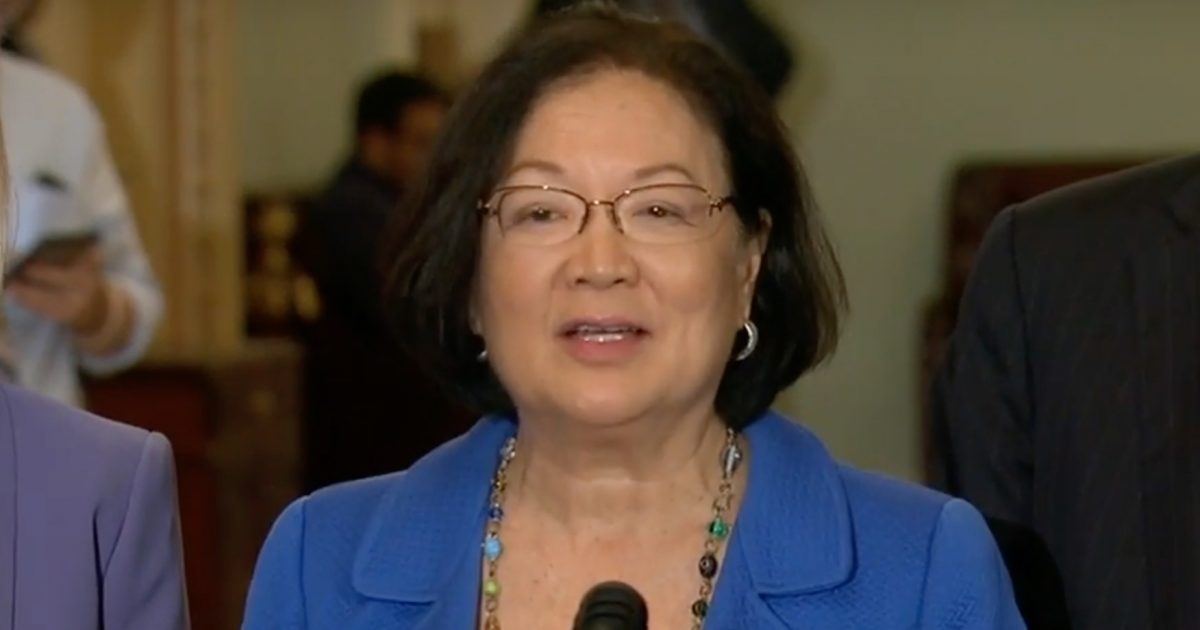 This is how Hawaii Senator Mazie Horono (D) sees her political party’s outreach efforts, adding that Democrats need to change paths and not speak to people or potential voters “in a manipulative way” that “brings forth everybody’s fears and resentments.”

“One of the things that we Democrats have a really hard time is connecting to people’s hearts instead of here…We’re really good at shoving out all the information that touch people here (brain) but not here (heart). I’ve been saying at all our Senate Democratic retreats we need to speak to the heart, not in a manipulative way, not in a way that brings forth everybody’s fears and resentments, but truly to speak to the hearts so that people know that we’re actually on their side.

When you have a really hard time doing that and one of the reasons that was shown to me at one of our retreats was that we Democrats know so much, that is true. We have to kind of tell everyone how smart we are and so we have a tendency to be very left-brain.“