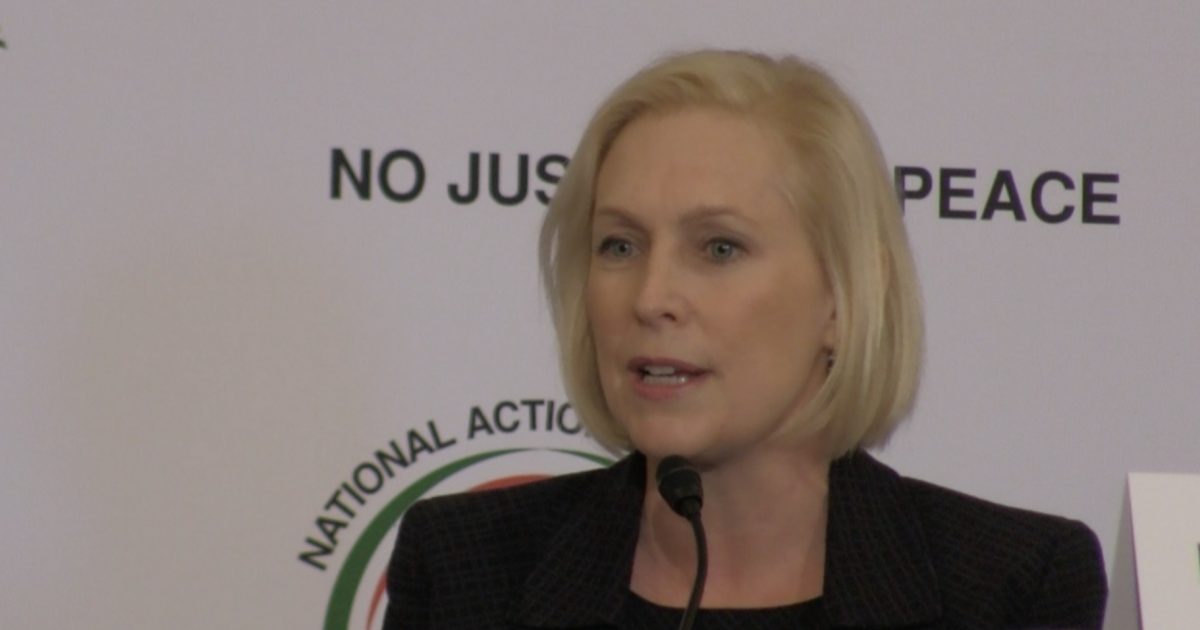 Rev. Al Sharpton took his National Action Network (NAN) to Washington, D.C. in a move to rally support from members of Congress, and to get a little press.

Shortly after Leader Pelosi spoke, Sen. Gilibrand to the podium.

Being one of President Trump’s most outspoken detractors (one of many in the Democratic Caucus), Gilibrand did threw out red meat to the NAN faithful, taking the opportunity to bash Trump for “demonizing immigrants” and creates widespread “hate throughout society.”

He has demonized immigrants. He has created division and hate throughout society. In New York State, we have more hate crimes that we have ever seen in the history of our state.

Gilibrand may have taken an opposing position to Trump’s recent “birthright citizenship” stance, stating that “no matter where a child is born, that he or she should be able to reach their God-given potential.”

It’s why we believe that no matter where a child is born, that he or she should be able to reach their God-given potential, and that means good public schools. It means universal pre-K. It means affordable daycare. It means debt free college, and being able to reach that full potential. Because the American dream is for everyone.