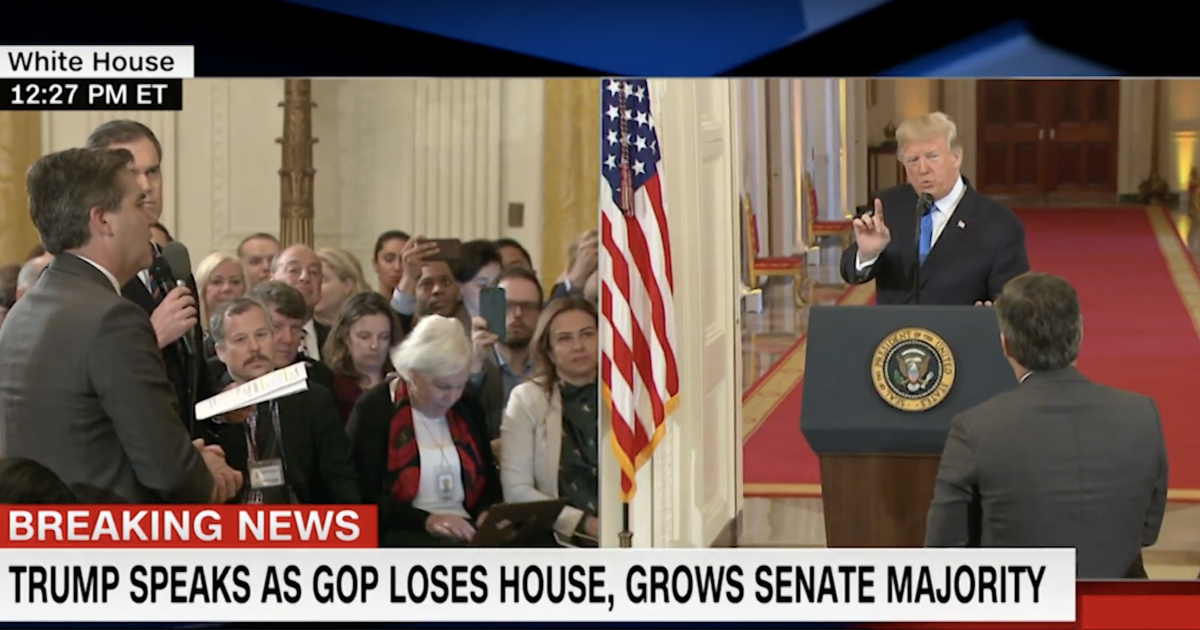 To discuss the results of the midterm election, President Trump held a press conference of almost two hours where various news outlets asked questions concerning the President’s thoughts on the election results and his thoughts on his administration and the GOP moving forward towards election season in 2020.

While the GOP lost control of the House, they did gain more seats in the Senate along with winning major races that many political analysts reported would go blue. This, Trump highlighted because the GOP “dramatically outperformed historical precedents” while having to deal with “very hostile media coverage, to put it mildly.”

In true Trump fashion, there was a heated exchange between the President and Jim Acosta from CNN, and the President also slammed Republicans that lost their races.

Acosta, after questioning the President about the migrant caravan and the controversial advertisement that was released days before the midterm election, refused to sit down and give up the microphone after being told his time was up.

The caravan was not an invasion, it is a group of migrants moving up the border from Central America towards the border with the U.S.,” explained Acosta. President Trump responded, “Thank you for telling me that, I appreciate it.”

As President Trump spoke, Acosta interjected, telling the President that the caravan is not an invasion because “they’re hundreds of miles away.” In response, Trump commented “Honestly, I think you should let me run the country, you run CNN and if you did it well, your ratings would be much better.”

Trump assured that “CNN should be ashamed of itself having you working for them. You are a rude, terrible person, you shouldn’t be working for CNN.” The back and forth continued, even after another reporter had taken hold of the microphone. And, as Acosta continued commenting, the President noted that “When you report fake news, which CNN does a lot, you are the enemy of the people.”
0SHARES
ShareTweet