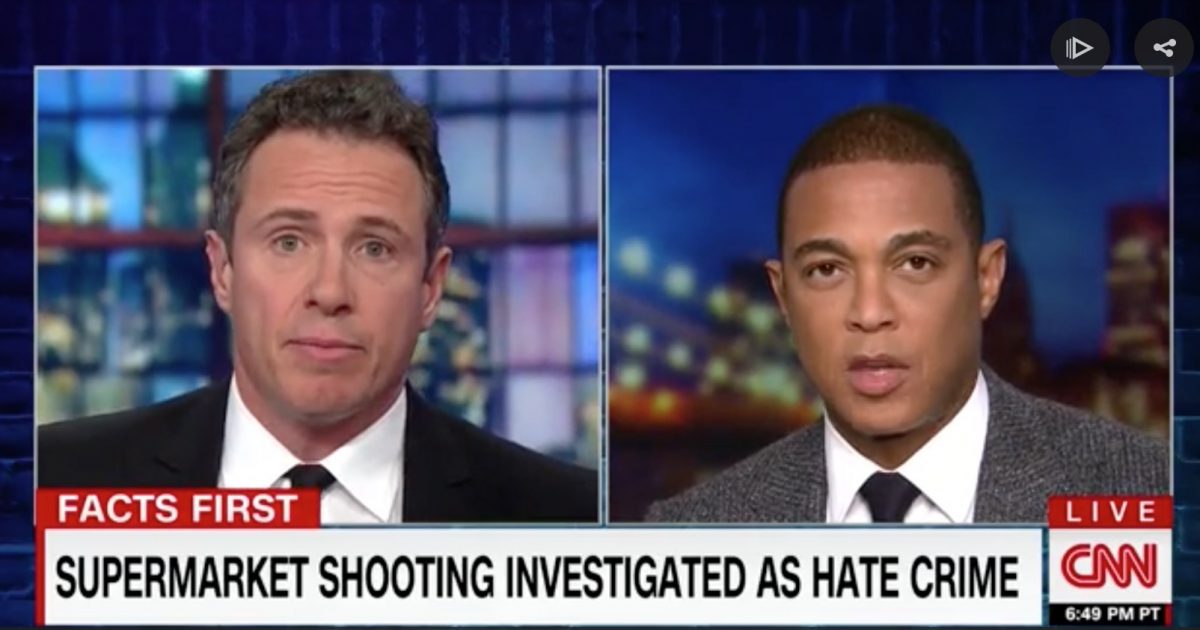 Don Lemon: “The Biggest Terror Threat In This Country Is White Men”

There are the Oscars, the Grammy’s, the ESPY’s, and other yearly awards given out to individuals that excel in their respective professions.

The Shark Tank is announcing that it will begin handing out ‘tuckus’ awards to those politicos that manage to say the stupidest and most asinine things imaginable.

Lemon believes that “most” white American man are “radicalized to the right” and are the “biggest terror threat” to the U.S.

“We have to stop demonizing people and realize the biggest terror threat in this country is white men, most of them radicalized to the right, and we have to start doing something about them.”-Don Lemon

Rest assured that this will not be the last Tuckus award he will win.