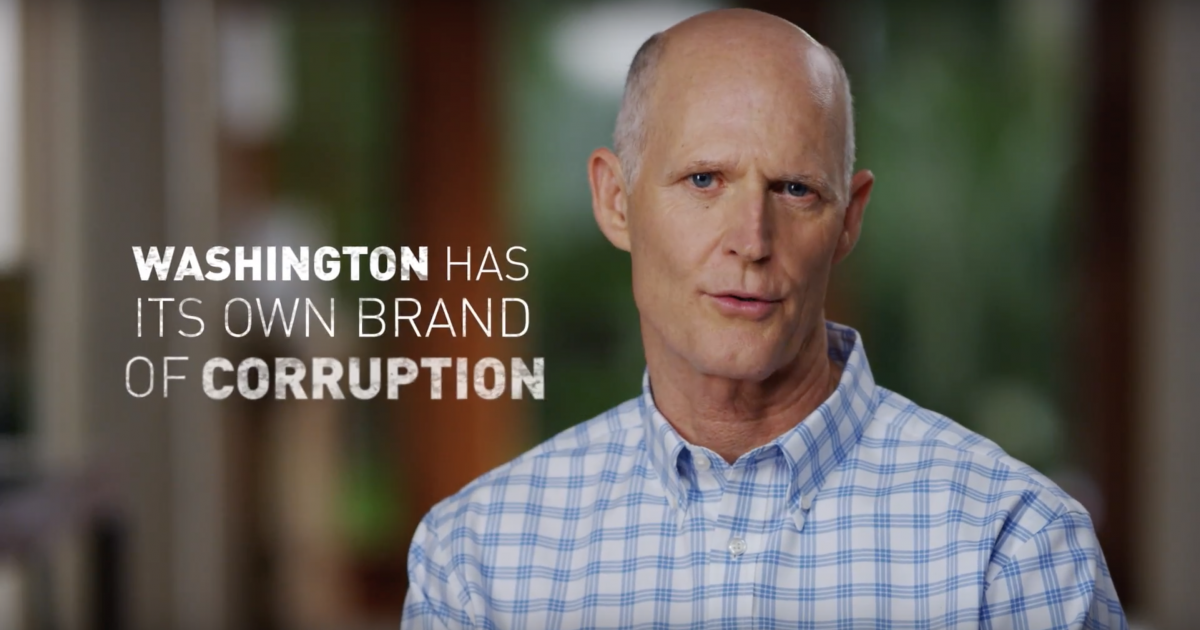 Governor Scott Slams Senator Nelson as “a Vote For Government Waste and Debt.”

Governor Rick Scott has released a new 30-second advertisement titled Give ‘em Hell, and in it he goes after Senator Bill Nelson, saying that he is complicit in Washington corruption. Governor Scott makes the declaration that he’s gonna “give ‘em Hell in Washington.”

Since announcing his run for the Senate, Governor Rick Scott has been consistent in reminding voters that he wants to shake things up should he be elected.

In the advertisement, Governor Scott asserts that “Washington has its own brand of corruption. Politicians who stay politicians forever. Politicians who make promises they never intend to keep – just so they can get money and votes. After 40 years in Washington, that’s the story of Bill Nelson. A vote for Nelson is a vote for government waste and debt, higher taxes, chaos at the border and weakness abroad. Nelson can’t change Washington. He IS Washington. I’m Rick Scott, I’ll give ‘em hell up in Washington.”