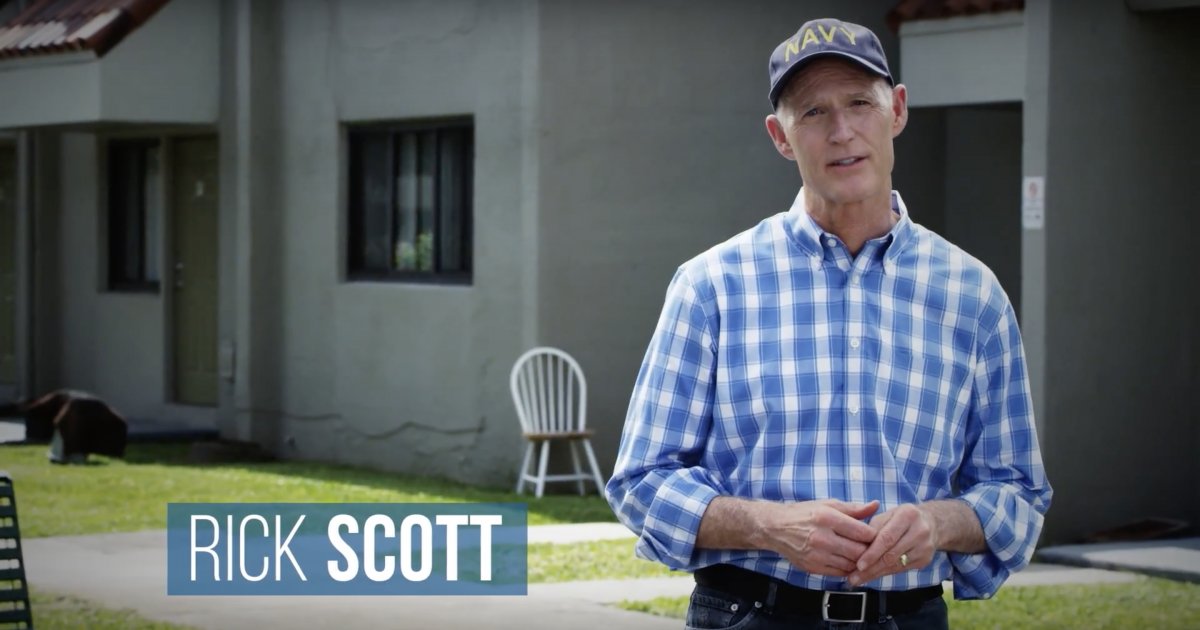 In a new 30-second advertisement titled Fair Opportunity, Governor Rick Scott walks the viewer through his upbringing and the journey he underwent to eventually become Florida Governor.

In the advertisement, Governor Scott explains that he “grew up in public housing, in a place like this” as images of him walking through a neighborhood play out. He continues, explaining that “My mom worked three jobs to feed us kids. I’ll never forget the day our car was repossessed. Life wasn’t easy and the struggles were real.”

He then assures that “if you look closer at a place like this, you see more than struggles. You see future engineers. Teachers. Maybe even a future governor. I won’t rest until every person in Florida has a fair opportunity.”

He is likely to emerge as the nominee for November’s midterm elections, and he’s been surging in the polls when compared to Senator Bill Nelson, a person Scott would like to unseat in November.

In addition, President Trump again stressed the work that Governor Scott has done while in office in a tweet, and the President urged voters to cast their vote for him on Tuesday.

Rick Scott of Florida is doing a fantastic job as Governor. Jobs are pouring into the State and its economic health is better than ever before. He is strong on Crime, Borders, and loves our Military and Vets. Vote for Rick on Tuesday!