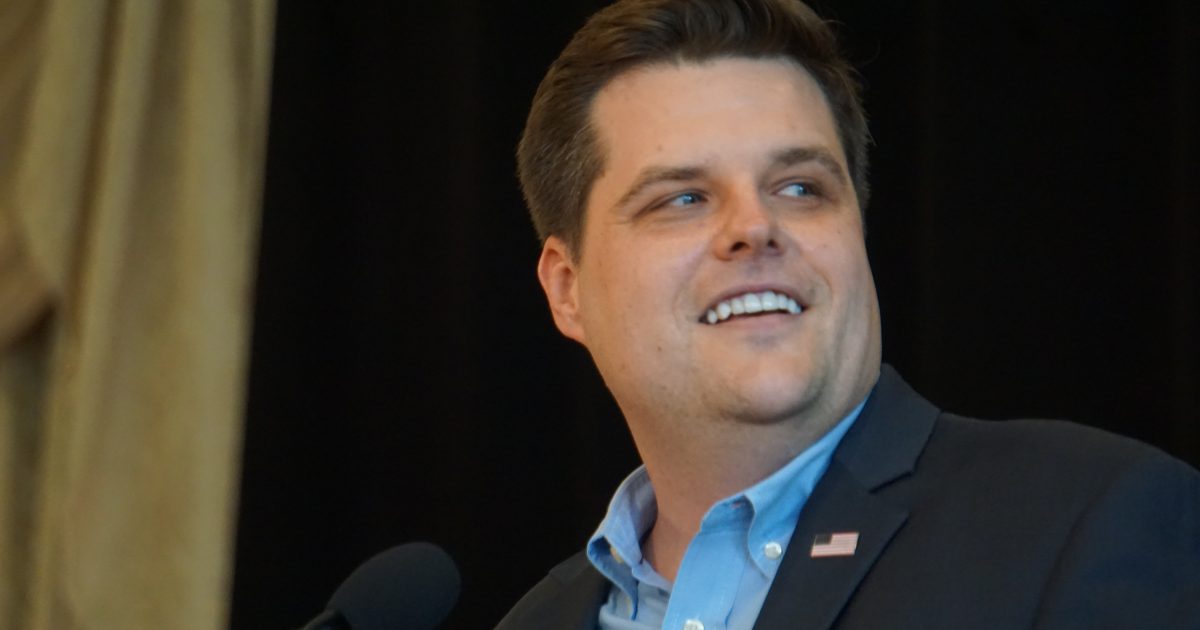 Rep. Matt Gaetz is one of President Trump’s biggest fans and allies in the U.S. Congress. That goes without saying, but just said it. Gaetz is locked in a Republican primary challenge but is expected to easily win the race. But just because he is favored to win, that isn’t keeping Gaetz from steaming ahead with Trump-like rallies.

Gaetz new campaign slogan, which was revealed this past weekend at a rally with Donald Trump, Jr. in Niceville, Florida, is catchy and works.

Detractors will surely dismiss his slogan as a gimmick aimed at riding the president’s coat tails, but so what? Considering that Gaetz is one of Trump’s ‘good hombres,’ the freshman congressman from Florida’s panhandle can do whatever he wants.

If there is any question of Trump’s support for Gaetz, then all you need to do is scroll down the president’s Twitter feed to find the full endorsement.

Congressman Matt Gaetz of Florida is one of the finest and most talented people in Congress. Strong on Crime, the Border, Illegal Immigration, the 2nd Amendment, our great Military & Vets, Matt worked tirelessly on helping to get our Massive Tax Cuts. He has my Full Endorsement!