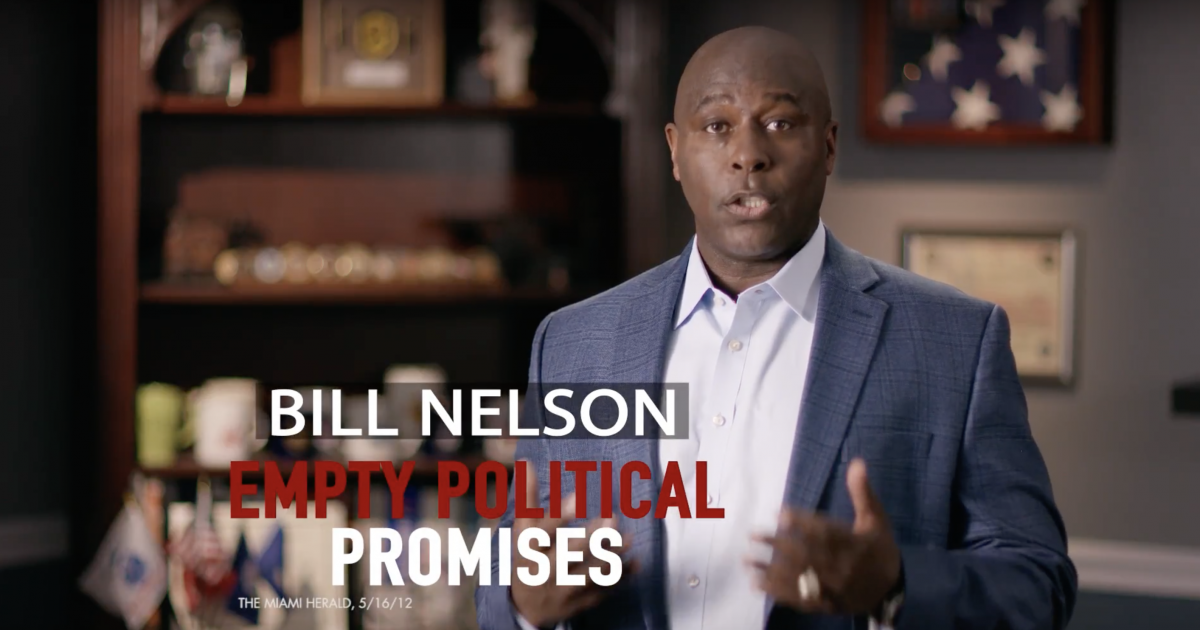 In a new ad hitting Senator Nelson on the economy, the advertisement asks “After 40 years in politics, what has Bill Nelson actually done?” This aligns with Governor Scott’s early campaign message of wanting to get rid of career politicians.

A group of individuals then explain their displeasure at Nelson’s work in the Senate, citing his record on taxes and growing the government as examples of why he cannot continue in his seat. One of the individuals details that “All he grows is government. He voted against our tax cuts and a whole lot of empty political promises. Now Rick Scott, he has actually delivered.”

The ad then explains that Governor Scott has successfully cut taxes “40 times,” which has allowed cutting “red tape for better innovation” and also lowered unemployment in the sunshine state.

The Chamber has so far spent $249,000 on getting their message out in the Tampa area, and they’ve also spent $32,000 on a spanish language version of the ad hitting the Senator.

Governor Scott has also invested some of his own money into his campaign, and Senator Nelson raised $3.4 million in 2018’s first quarter.

The advertisement can be seen below:
0SHARES
15
SHARES
ShareTweet