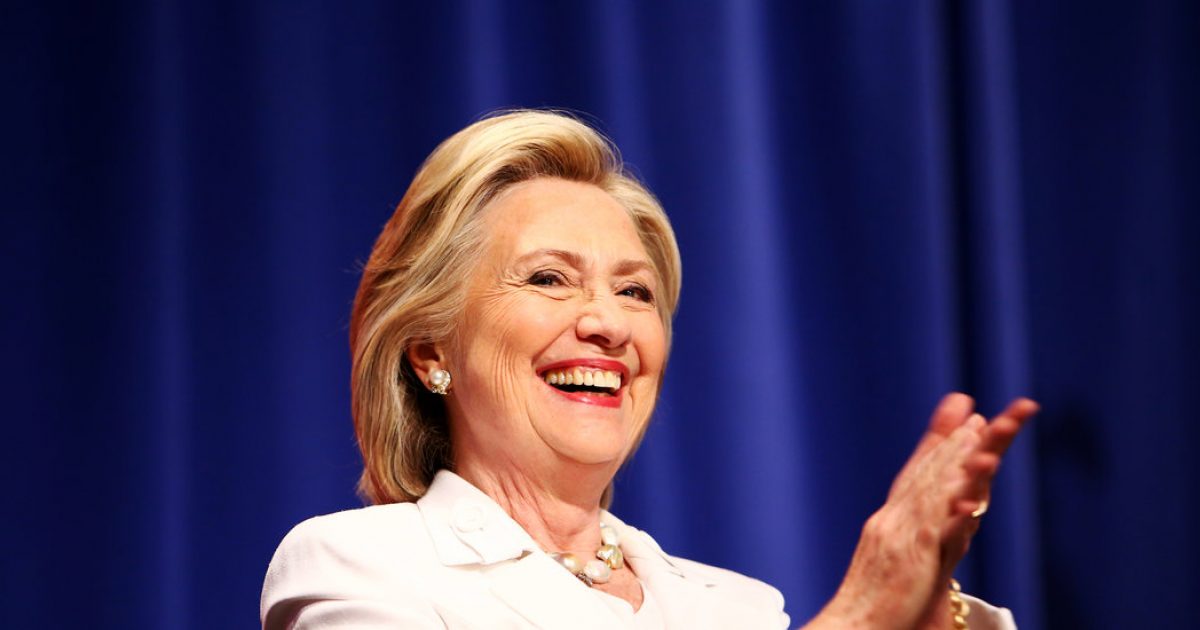 Former Secretary of State Hillary Clinton recently attended a conference in Mumbai, India where she recounted some thoughts on her failed Presidential bid in 2016. After the election, it seems she’s embarked on a “blame tour” in order to explain possible reasons as to why she didn’t win the presidency. Aside from blaming racism and misogyny for her loss, she comments that white women were “pressured” to vote for Donald Trump by men.

Clinton explained that Democrats “do not do well with white men and we don’t do well with married, white women. And part of that is an identification with the Republican Party, and a sort of ongoing pressure to vote the way that your husband, your boss, your son, whoever, believes you should.”

This was in response to being asked why she believed that 52% of white women had voted for Donald Trump, and she stated that Donald Trump ran a campaign that was “backwards.”

She added that she “won the places that represent two-thirds of America’s gross domestic product. So I won the places that are optimistic, diverse, dynamic, moving forward. And his whole campaign, ‘Make America Great Again,’ was looking backwards.”

As a result of the 2016 Presidential election, Democrats have been at a standstill as they try to reframe themselves for the upcoming midterm elections.