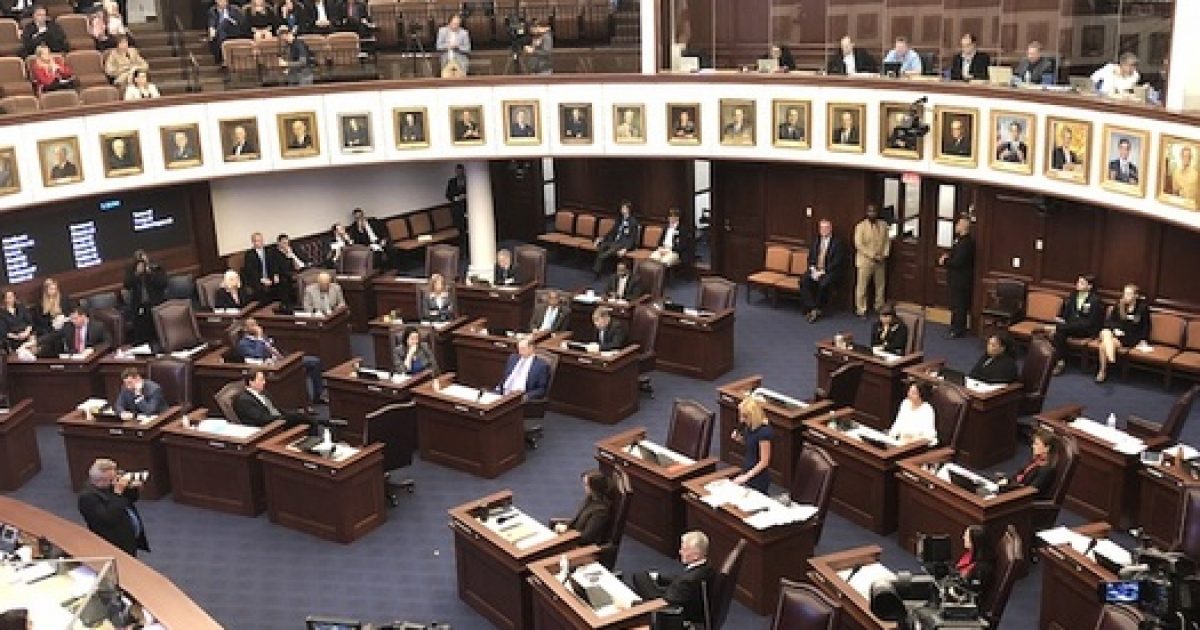 UPDATE-ALLAHASSEE — The Senate is set Friday to approve a business-friendly tax package that would allow Floridians to buy tax-free clothes and school supplies during three days in August and tax-free hurricane gear at the start of June.

The $168.6 million package, if passed by the Senate, would still have to go back to the House for approval before the end of the legislative session, now likely to be Sunday. The Senate on Thursday made changes to a House bill (HB 7087) to offer shorter tax “holidays” and a smaller cut in a business-lease tax.

The size of the Senate tax package is close to the $180 million that Gov. Rick Scott proposed late last year. The House and Senate were ready to exceed that figure, but leaders scaled back proposals as money was shifted after the Feb. 14 mass shooting at Marjory Stoneman Douglas High School in Parkland.

“I think we’ve appropriated quite a bit of money to the Parkland situation that happened, which I believe was like $400 million,” Stargel said. “This is just a small amount to give back to the citizens of the state of Florida who were also, broadly across the state, affected by the hurricane.”

The House had initially offered a tax and fee package totaling $339.3 million in reductions next fiscal year. That amount included tax credits for programs that offer voucher-like scholarships to send children to private schools. The programs are in an education bill that has already passed both chambers.

The Senate package would match the House proposal in providing tax breaks on agricultural fencing materials purchased for repairs after Hurricane Irma. Also, both chambers have supported tax breaks for citrus packing houses that had their businesses interrupted by Hurricane Irma or by the deadly disease citrus greening and for fuel used to transport agricultural products after the storm.

Both also include a property-tax break for homeowners displaced by Irma and a break for nursing homes that purchase electric generators.

The Senate is matching the House and Scott in offering an 18 percent reduction in penalties for non-criminal traffic infractions — such as speeding within 30 mph over the posted limit — if motorists attend driver-improvement school.

Scott also asked for longer back-to-school and disaster-relief tax “holidays” than what the Senate is proposing.

The Senate’s disaster relief sales-tax “holiday” would last from June 1 through June 7 and allow shoppers to avoid paying taxes on items such as batteries, portable self-powered radios and generators.

The Senate’s back-to-school holiday would run from Aug. 3 through Aug. 5, while the House proposed 10 days. Shoppers would be able to avoid sales taxes on clothing costing $60 or less and school supplies costing $15 or less. But the Senate proposal doesn’t match a House plan to offer tax exemptions on the first $1,000 of the price of personal computers and accessories.

The Senate is offering a reduction in a commercial lease tax from 5.8 percent to 5.7 percent. The House proposed dropping the tax rate to 5.5 percent starting Jan. 1, which could account for $38.7 million in reduction to state revenue.

“I’d prefer to continue to try to wean us off of that (tax),” Stargel said. “It just a big hit all at once.”

The Senate proposal also would create a “taxpayers’ rights advocate” within the Department of Revenue who would be appointed by the chief inspector general.

(Jim Saunders for the News Service of Florida)
0SHARES
ShareTweet