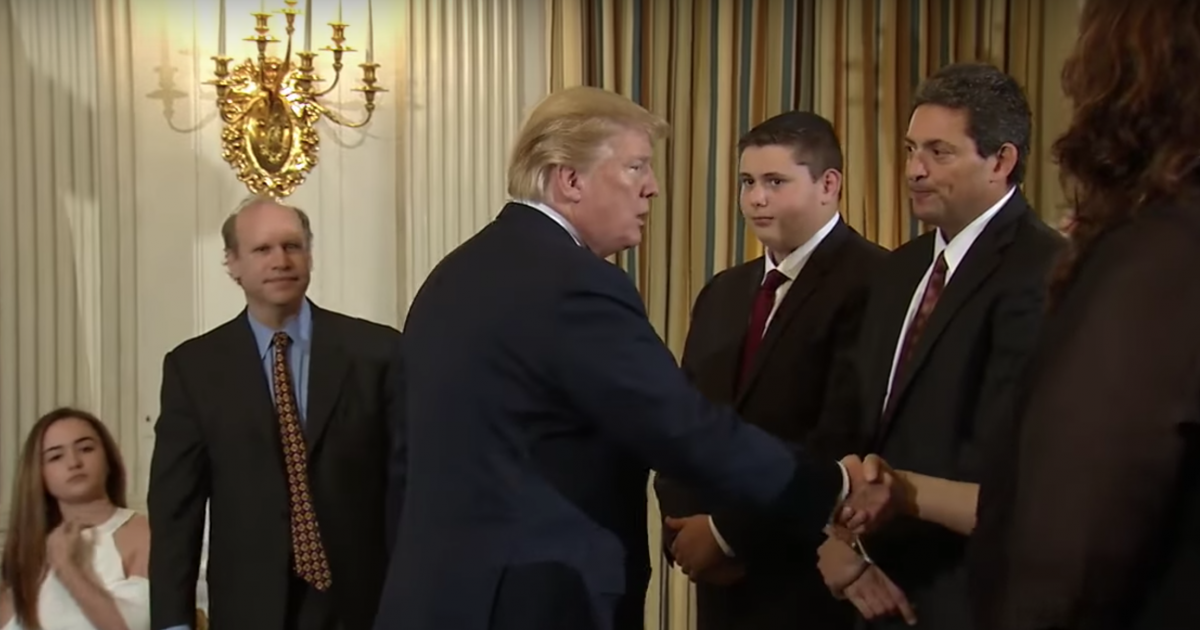 With growing tension between gun control advocates and those arguing that stricter gun laws would only affect law abiding citizens, the conversation has shifted to whether or not school teachers should be properly trained and armed in the event that another shooting breaks out. Yesterday, during an hour meeting with several survivors of last week’s Parkland shooting, the Columbine shooting and the Sandy Hook shooting, President Trump voiced his support of arming teachers as a solution in reducing casualties by commenting that “if you had a teacher who was adept at firearms, they could very well end the attack very quickly.”

….History shows that a school shooting lasts, on average, 3 minutes. It takes police & first responders approximately 5 to 8 minutes to get to site of crime. Highly trained, gun adept, teachers/coaches would solve the problem instantly, before police arrive. GREAT DETERRENT!

….If a potential “sicko shooter” knows that a school has a large number of very weapons talented teachers (and others) who will be instantly shooting, the sicko will NEVER attack that school. Cowards won’t go there…problem solved. Must be offensive, defense alone won’t work!

He also said that he would swiftly move to place stricter background checks before people purchase a weapon and that he would consider raising the age limit for people buying specific weapons.

I will be strongly pushing Comprehensive Background Checks with an emphasis on Mental Health. Raise age to 21 and end sale of Bump Stocks! Congress is in a mood to finally do something on this issue – I hope!

As expected, the comments were met with some criticism because of the controversial measure that has polarized the gun control conversation even more.

Still, the comments drew some support from the room.

Mark Barden, who lost his son in the 2012 Sandy Hook Elementary School shooting, mentioned that his wife Jackie is a teacher, and he also commented that he was conflicted on the measure. He explained that Jackie “will tell you that school teachers have more than enough responsibilities right now than to have the awesome responsibility of lethal force to take a life.”

Tallahassee lawmakers also suggested that they would consider raising the age limit to 21 as is necessary for alcohol and handguns, and another measure that was recommended is more armed guards on school property.
0SHARES
ShareTweet