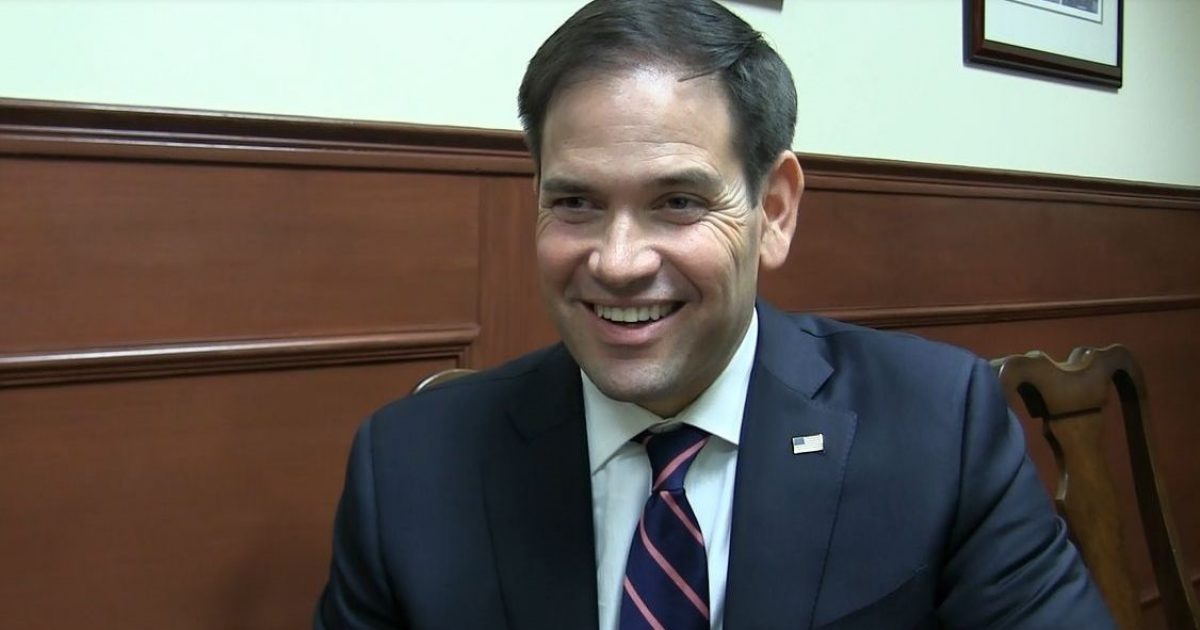 Does Marco Rubio walk with the Washington “wise” or the town’s “fools?”

Senator Marco Rubio is by far the most prolific Bible tweeter in the history of the U.S Senate, sending out a daily barrage of scriptures.

Why does Rubio do it, and what inspires him to do so? In a previous article we wrote about his scripture-tweeting prowess, Rubio stated the following:

“I find great wisdom and guidance in the Bible. And our nation was founded on powerful Judeo-Christian principles. On most mornings, if I come across a passage that stands out to me that day, I try to share it.”-Sen. Marco Rubio

Rubio’s most recent tweet is interesting in that it can be somewhat used against him.

Walk with the wise and you become wise,
but the companion of fools fares badly. Proverbs 13:20

Depending on who you ask, Rubio is considered to be part of the GOP establishment in Washington, D.C. While Rubio is a staunch conservative, his detractors have accused him of siding with the  GOP and Democratic Party establishment “fools” when it comes to writing and passing legislation. Take for instance the utter failure of the  2013 ‘gang of 8’ immigration bill that all-but caused Rubio to lose his 2016 presidential run.

While the immigration bill was just one instance that Rubio sided with establishment Republicans, it was enough.

Whenever he stands alongside the  “wise” and well-versed “wacko birds” like Sens. Mike Lee, Ted Cruz, Mike Lee, as well as other  like-minded men, Rubio is praised for doing what’s right for Americans.

Expect Rubio to continue tweet Bible verses, but don’t expect him to couple a verse with a political issue. Even though he all political, Rubio will not politicize the Bible.