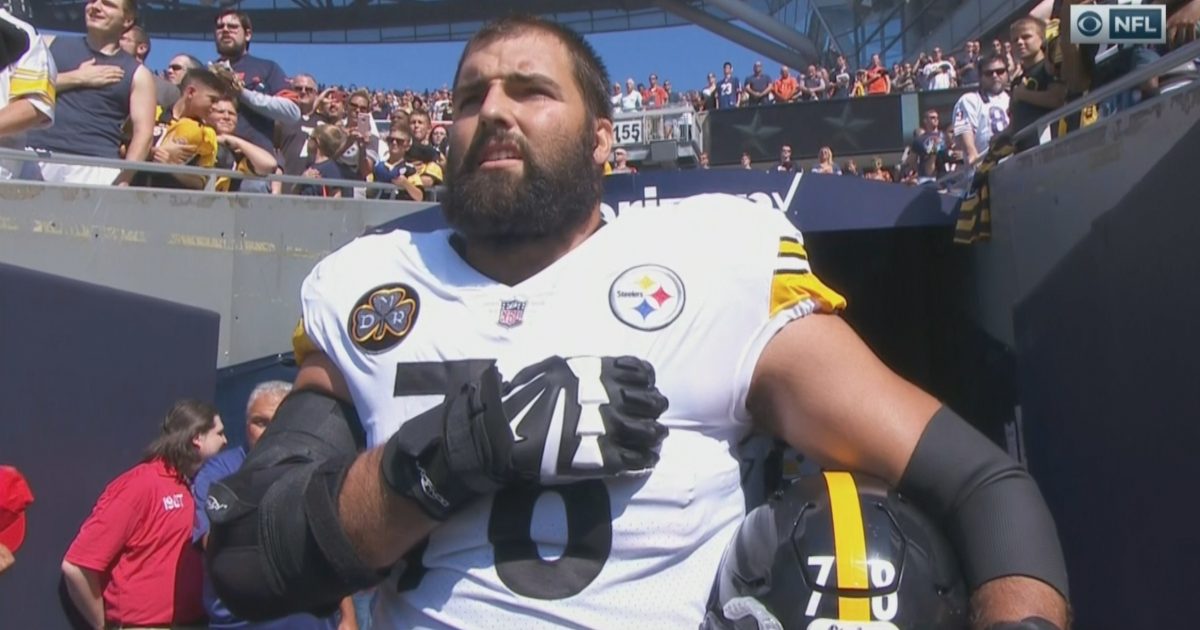 President Trump’s controversial remarks and tweet calling NFL players who kneel during the national anthem “sons of bitches,” continue to garner significant pushback around the league from both players and team owners.

During every single Sunday contest, both black and white player banded together to in show of unity, many (from the looks of it, only the black players) taking a knee in protest  to what Trump stated.

Great solidarity for our National Anthem and for our Country. Standing with locked arms is good, kneeling is not acceptable. Bad ratings!

Courageous Patriots have fought and died for our great American Flag — we MUST honor and respect it! MAKE AMERICA GREAT AGAIN!

Trump’s remarks was widely called divisive, but what the president stated was intended to call out the divisive and disrespectful action of sitting or kneeling during the salute to the US flag during each game.

Some teams like the Pittsburgh Steelers, chose to stay in the locker room during the singing of the national anthem. Former US Army combat veteran, Alejandro Villanueva, was the sole Steeler who came out and stood in respect of the flag.

Thousands of football fans in attendance at Sunday’s games also showed their right to free speech and expression by booing the flag protestors, while others simply boycotted the contests.

During pre and post game interviews, players who knelt in defiance of the president, defended their actions by saying that they were merely expressing their right to free speech.

Reporters caught up with Trump on Sunday and asked him if the tweet was about race. Trump infatically denied that his remarks were about race, reiterating that they were simply about disrespecting what the US flag stands for-all the sacrifices Americans made to preserver the way of life we all enjoy.

The issue of kneeling has nothing to do with race. It is about respect for our Country, Flag and National Anthem. NFL must respect this!

The argument can be made that even though Trump is the President of the United States, he too is a US citizen, and  is privy to the same right of free speech and expression, regardless of whether the action is deemed controversial.

Many people booed the players who kneeled yesterday (which was a small percentage of total). These are fans who demand respect for our Flag!

Was President Trump’s remarks out of line? Take the poll
0SHARES
50
SHARES
ShareTweet