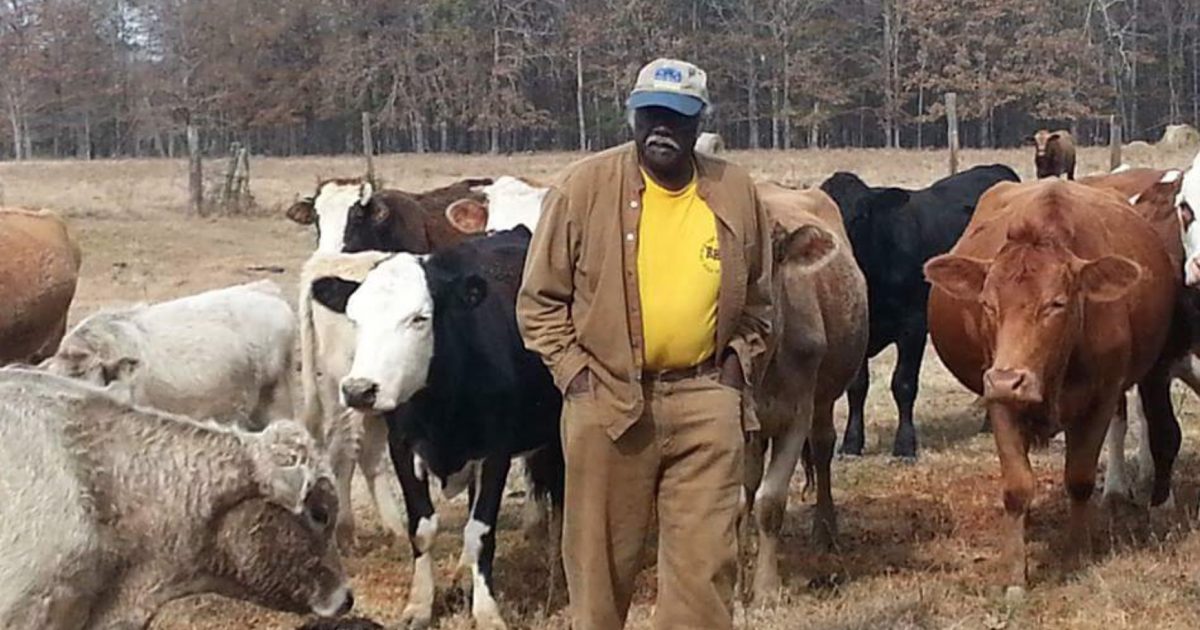 It is rare for actions against black-on-black discrimination events to take place, let alone be reported on, but when they are, Americans are usually in for on heck of an eye-opening ride.

Farmer Columbus Smith(pictured), 82, and his Attorney Sam Ard, filed a discrimination lawsuit against the  Florida Department of Health, “claiming a new Florida law and the black farmers’ association written into that law unfairly restricts his ability to apply for a license to grow medical marijuana in Florida.

Yes, the Florida chapter of the  Black Farmers and Agriculturalists Association (BFAA) denied Mr. Smith membership to their race-centric group.

Perhaps they didn’t see that Smith, who was a member of the Pigford v. Glickman class-action discrimination lawsuit filed against the USDA by black farmers back in the 1990’s, is also a fellow Black farmer?

“I’m a black farmer. I sought membership in the Florida Chapter of the Black Farmers and Agriculturalists Association so that I can be licensed to grow and produce medical marijuana under the new laws in the State of Florida. All of my life I have been discriminated against, so when I had to file a discrimination lawsuit in the Pigford case, I understood. But when I was told I could not join the BFAA, I was shocked and disappointed. And THIS, I could not understand.”-Columbus Smith via VSC News

According the Attorney Ard, past Pigford case farmers are afforded the opportunity to grow medicinal marijuana.

“The legislation this past year amended the Medical Marijuana statute to allow black farmers that were part of the Pigford case to have a dispensary license. They also are required to be a member of the BFAA. Mr. Smith tried to join and was turned down verbally and in writing. We feel lawmakers were misled by the lobbyists for the BFAA, and feel this is obvious discrimination and is unconstitutional.” Ard continued, “it doesn’t look like their lobbyist told the Legislature the whole story. Their debate made it clear the new license should have included the whole class as eligible to apply.”

Where is the outcry from civil rights leaders and state legislators over this injustice?