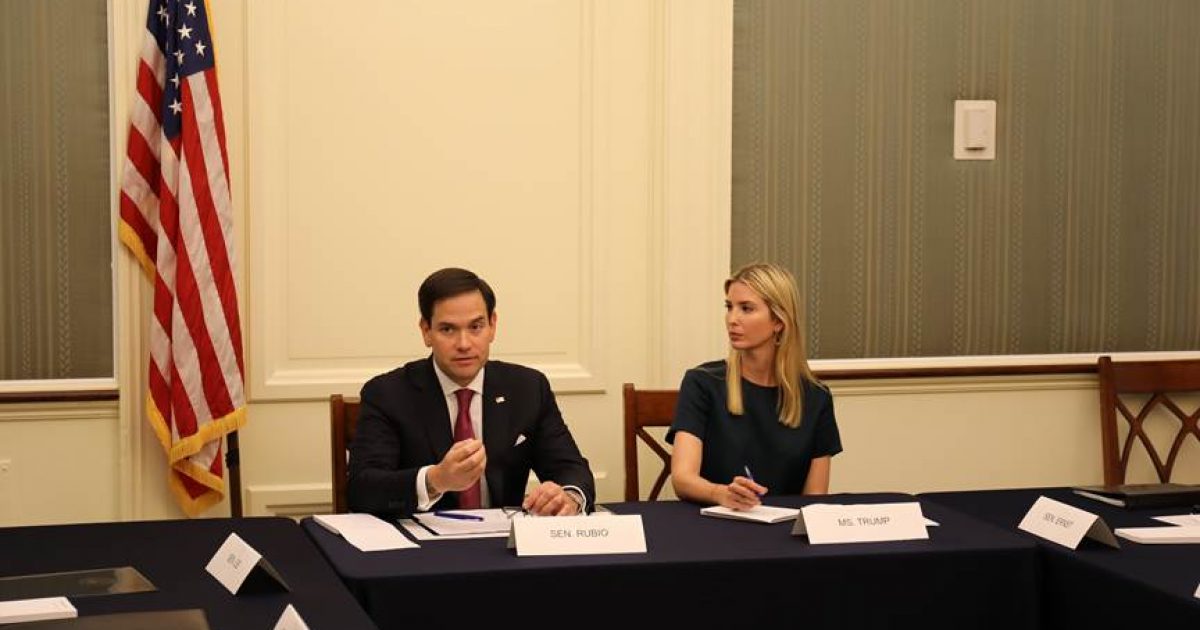 In addition to bumping elbows, U.S. Senator Marco Rubio and Ivanka Trump met with members of the House and Senate in Washington DC to discuss the Child Tax Credit. Their meeting primarily focused on how to best support President Trump’s pledge to deliver substantial tax relief to hardworking American families.

Since the start of her father’s presidential campaign back in 2015, Ivanka has thoroughly advocated to introduce new reforms, including an extended period of paid leave for new mothers and updating the tax code to allow working class parents to deduct childcare from their yearly taxes.

Senator Rubio and Ivanka Trump’s meeting focused on eliminating marriage penalties in the current tax code as well as promoting paid family leave. One of the overlying goals of this meeting was to promote strong family values that allow for working class American parents to offer the best for their children. Sen. Rubio plans to accomplish this by working hand in hand with his congressional colleagues to make tax relief for American families an essential part of the new tax reform.

Sen. Rubio later tweeted, “In America, no family should be forced to put off having children due to economic insecurity. @IvankaTrump is doing important work.” confirming a very productive meeting.

Good to sit down with @marcorubio @IvankaTrump @SenatorFischer to discuss pro-family tax reform policies this afternoon.