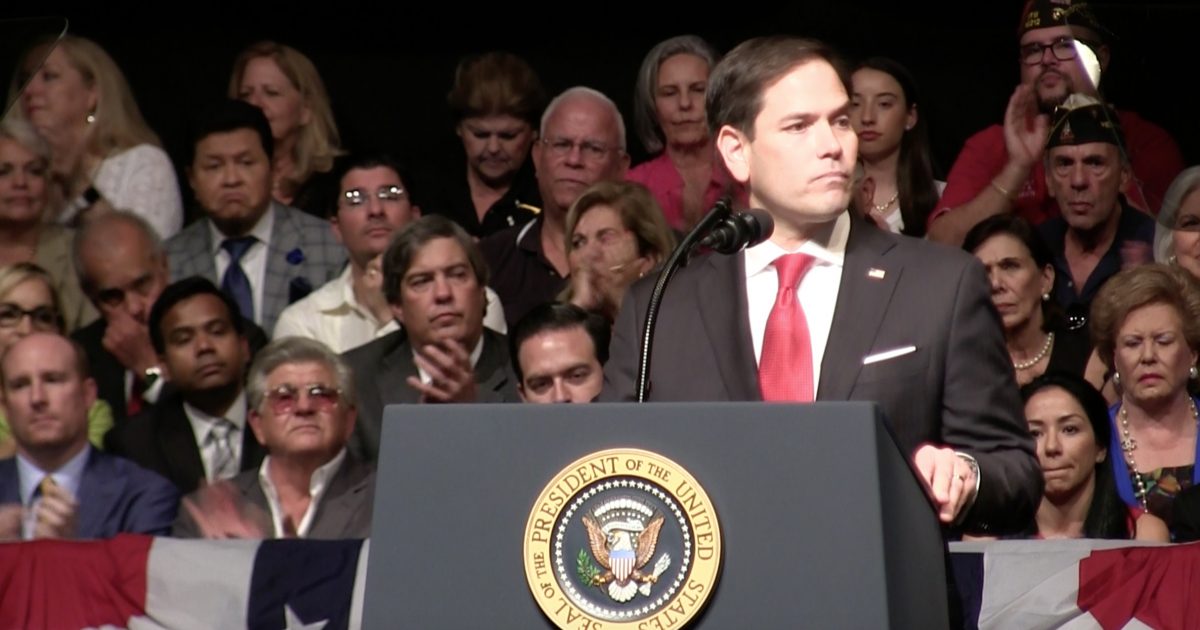 Even though the speech was very short in comparison to his usual addresses, his praise for Trump’s new position on U.S.-Cuba relations was nothing less than vintage Rubio.

“A year and a half ago, a president, an American president, landed in Havana, to outstretch his hand to a regime…”Today, a new president lands in Miami to reach out his hand to the people of Cuba.”-Senator Marco Rubio

Here are the highlights. Watch the clip.

take our poll - story continues below
Completing this poll grants you access to Shark Tank updates free of charge. You may opt out at anytime. You also agree to this site's Privacy Policy and Terms of Use.
0SHARES
23
SHARES
ShareTweet