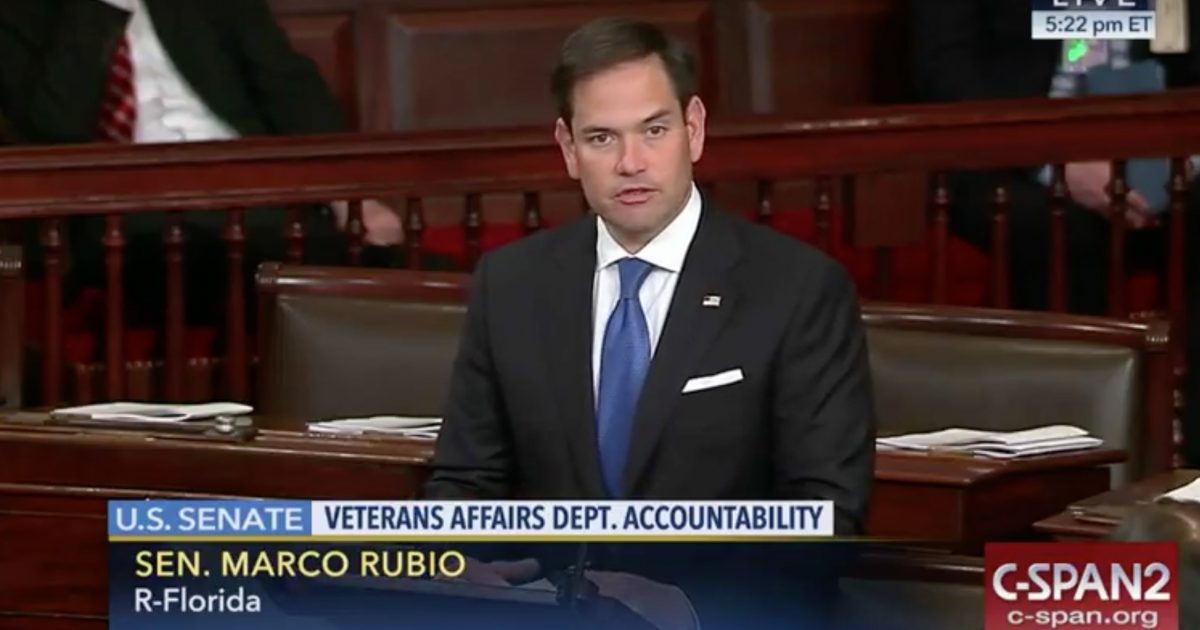 Senator Marco Rubio just inserted another plush feather in his senatorial cap, as his bipartisan “Department of Veterans Affairs Accountability and Whistleblower Protection Act” passed in the U.S. Senate.

The bill is aimed at bringing true accountability to those individuals within the VA that were directly or indirectly responsible for the shortcomings, such as the embarrassing and deadly patient waiting list scandal, that have plagued the government agency.

Rubio’s bill would “remove the workers from the payroll should they contest their dismissal,” and any VA “employees found guilty of wrongdoing would be prohibited from receiving bonuses or being compensated for being relocated.”

Senate passed the VA Accountability Act. The House should get this bill to my desk ASAP! We can’t tolerate substandard care for our vets.

In addition,” the legislation also would require the VA to evaluate supervisors on their ability to protect whistleblowers.”

“This is a change in the laws of our country that will bring accountability to one of the most important functions that our government provides to the men and women who serve us in uniform,…This spring marks three years since light was shed on the veterans who died — died — while they were stuck on secret waiting lists at the Department of Veterans Affairs.”-Senator Marco Rubio (WA)