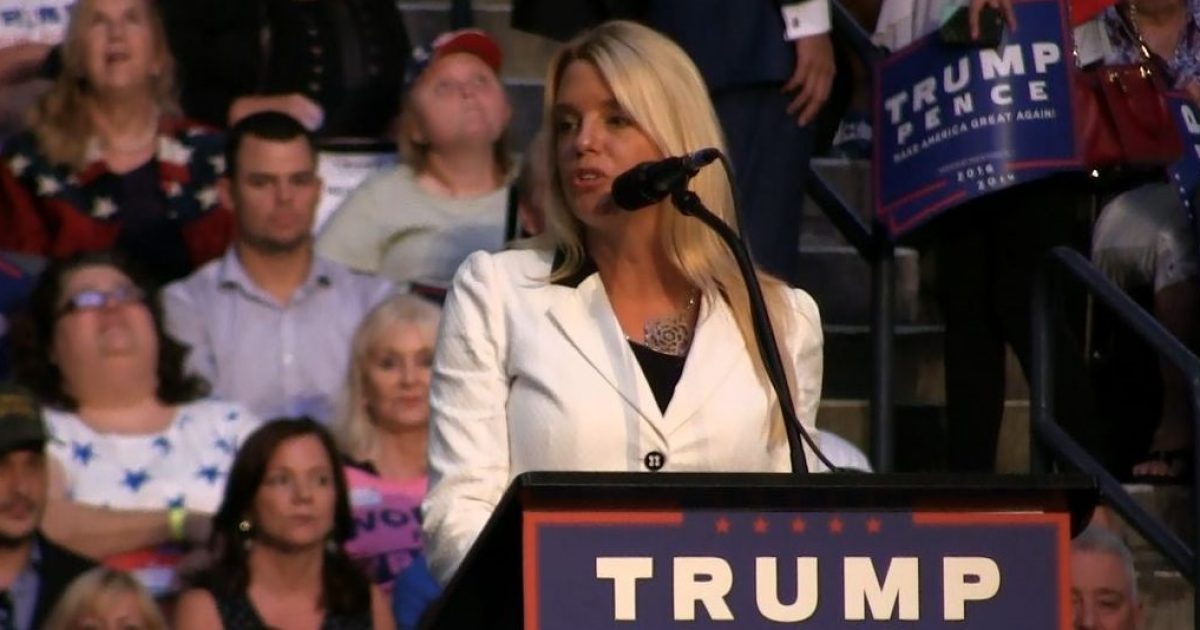 As President Trump faces criticism for pulling the United States out of the Paris Climate Change Accord, Florida Attorney General Pam Bondi joins him back in DC for the signing of two bills. Said bills keep in touch with the President’s promises during the campaign trail.

One bill encourages federal grant funded police departments to hire military veterans. The other bill changes the reporting requirements for any federal office that hands out benefits to police officers and first responders that have been severely injured. In addition, it also includes the family members of those who have died in the act of duty.

Whitney Ray, Pam Bondi’s spokesman, commented that Bondi met with the President before the signing of the bills, but he also mentioned that “no other state business was discussed” in the meeting.