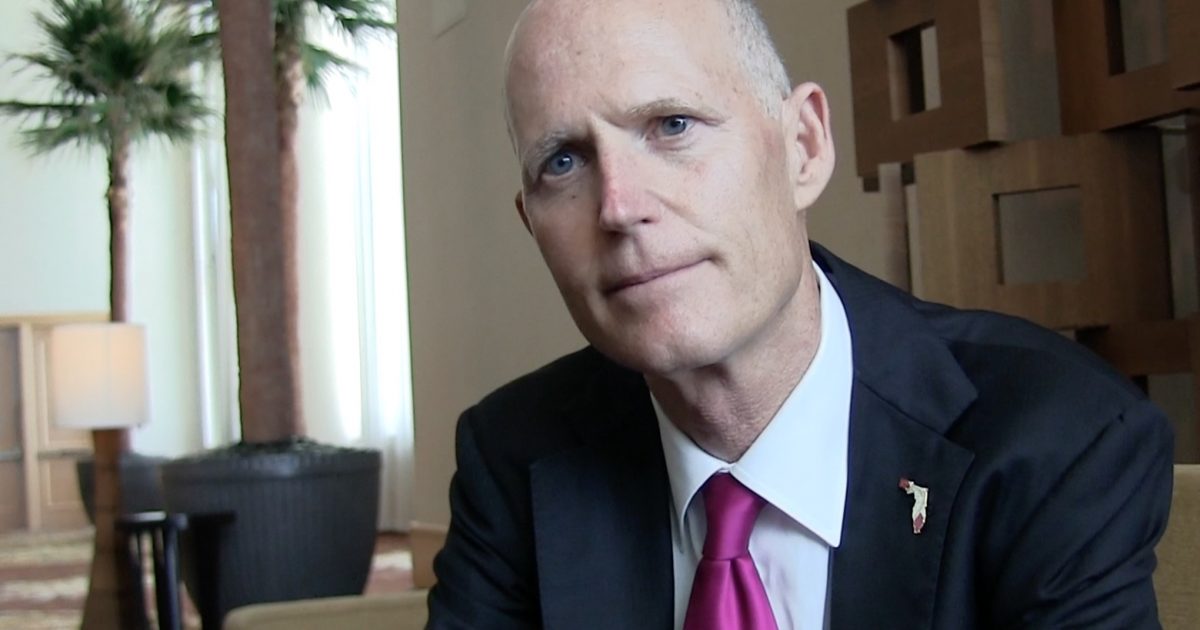 Rick Scott Says US Needs To Cease Trade With a Country (Venezuela) That is Killing Peaceful Protesters.” (Video)

With the increasing likelihood that President Donald Trump will roll back President Obama’s controversial new Cuba Policy and adopt the same hawkish anti-Castro position that has stood for over five decades, Florida Governor Rick Scott continues to stand firm with the president’s foreign policy as it pertains to Cuba and Venezuela.

During an exclusive sit-down interview with The Shark Tank in Hollywood, Florida, we asked Gov Scott about the ongoing situation in Venezuela, an issue that he and Senator Marco Rubio has taken the lead on in the state of Florida.

Scott, who believes that Venezuela is being run by “Maduro and a bunch of thugs from Cuba,” reiterated that during a recent pro-Venezuela rally with Senator Rubio, he called on President Nicholas Maduro to release all political prisoners.

Scott is now saying that U.S. policy should be to halt all trade with the Maduro regime.

“We clearly have to stop doing business with a country that is killing peaceful protesters.”-Gov. Rick Scott

Watch the interview below