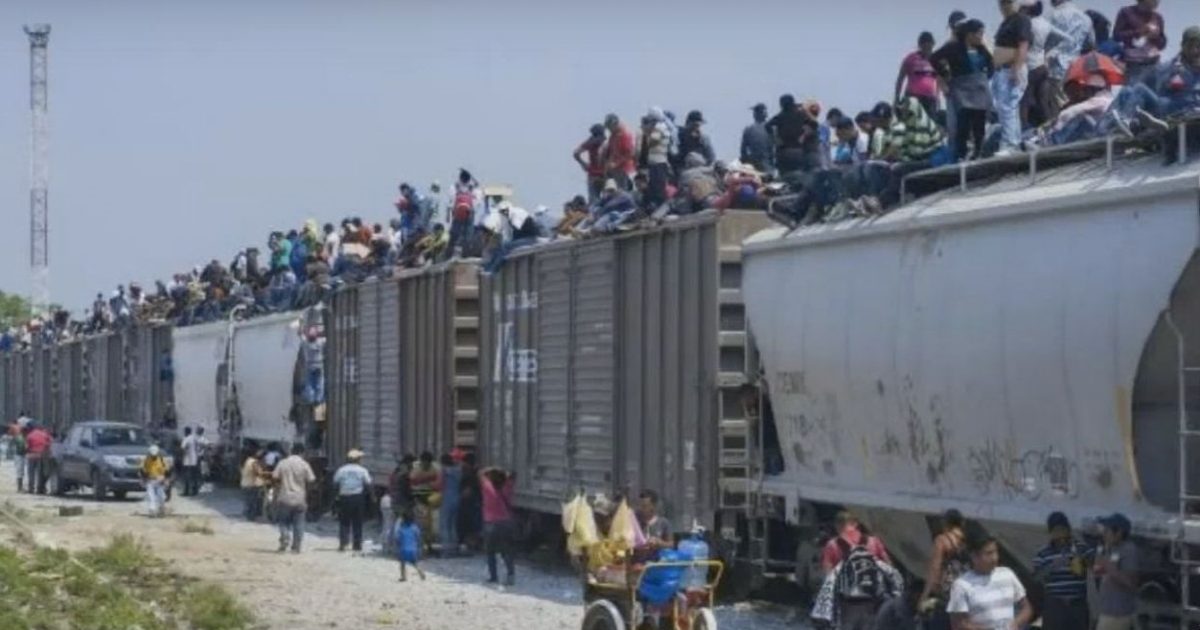 According to Labrador’s press release, the bill “is named in honor of two California officers, Placer County Detective Michael Davis, Jr. and Sacramento County Deputy Sheriff Danny Oliver. Davis and Oliver were murdered by an unlawful immigrant in October 2014.”

The bill contains provisions that improves the “enforcement of immigration laws to enhance public safety, adds tools to crack down on dangerous sanctuary city policies and contains needed changes to protect American communities from unlawful immigrants who commit crimes in the United States.”

Wait, there is more. This will allows states and local municipalities the authority to take immigration reform into their own hands and “enforce their own immigration laws consistent with federal practices.”

“The bill also ensures the rule of law and removes the ability of any President to unilaterally shut down immigration enforcement by granting states and localities the authority to enforce their own immigration laws consistent with federal practices.”

Here is a summary of how the bill reads:

The Davis-Oliver Act removes the ability of any future President to unilaterally shut down enforcement efforts by granting states and localities specific congressional authorization to enact and enforce their own immigration laws as long as they are consistent with federal law. It also allows states and localities to assist in the enforcement of federal immigration law and includes provisions to facilitate their assistance.

The bill clarifies ICE’s detainer authority—the tool used by federal immigration enforcement officers to pick up criminal aliens from local jails—for the first time establishing statutory probable cause standards to issue detainers. The bill withholds DOJ and DHS grants from jurisdictions that refuse to honor detainers and that violate federal law by prohibiting their officers from communicating with ICE. The bill protects from the threat of lawsuit jurisdictions that comply with detainers, while providing that jurisdictions that refuse to comply and thus release criminal aliens into our communities may be sued by the victims of crimes these aliens commit after they are released.

The bill takes a number of steps to enhance public safety. Notably, it allows ICE to not release criminal aliens to sanctuary jurisdictions and makes criminal gang members deportable. It provides that aliens who have multiple convictions for drunk driving are deportable and ensures that unlawful immigrants convicted of drunk driving that causes death or serious bodily injury will be detained during their removal proceedings. It enhances penalties for deported felons who return to the United States. The bill protects the American public by facilitating and expediting the removal of criminal aliens. In the instance of dangerous aliens who cannot be removed from the U.S., the bill allows DHS to detain them. It also contains provisions from a bill authored by Congressman Ted Poe that penalize countries that fail to accept return of their nationals who are ordered removed from the U.S.

The bill makes it more difficult for foreign terrorists and other foreign nationals who pose national security concerns to enter and remain in the United States. Of note, the bill provides for the expedited removal of alien terrorists and bars foreign terrorists or removable immigrants who threaten national security from receiving immigration benefits, such as naturalization and discretionary relief from removal. The bill also requires that no immigration benefits can be provided until all required background and security checks are completed. And for Americans who engage in terrorism, such as traveling to Syria to  ght with ISIS, the bill provides authority to revoke their passports.

The bill improves our nation’s first line of defense, the visa issuance process. Notably, the bill expands the Visa Security Program to all U.S. embassies and consular posts, ensuring that all visa applicants receive additional screening and requires DHS and the State Department to utilize social media and other publicly available information to help determine if the visa applicant is a security threat to the U.S. The bill also takes a number of steps to prevent fraud in the visa system, such as using advanced analytics software to ensure the proactive detection of fraud and requiring USCIS to conduct fraud assessments and report to Congress.


The bill assists ICE officers in carrying out their job of enforcing federal immigration laws by strengthening their ability to make arrests. The bill also allows all ICE deportation officers and agents to carry  rearms and provides them with body armor. It also provides them with much needed training to handle high-risk situations, such as executing a warrant for a dangerous criminal alien, in order to enhance safety. And it calls for the hiring of an additional 12,500 ICE officers.