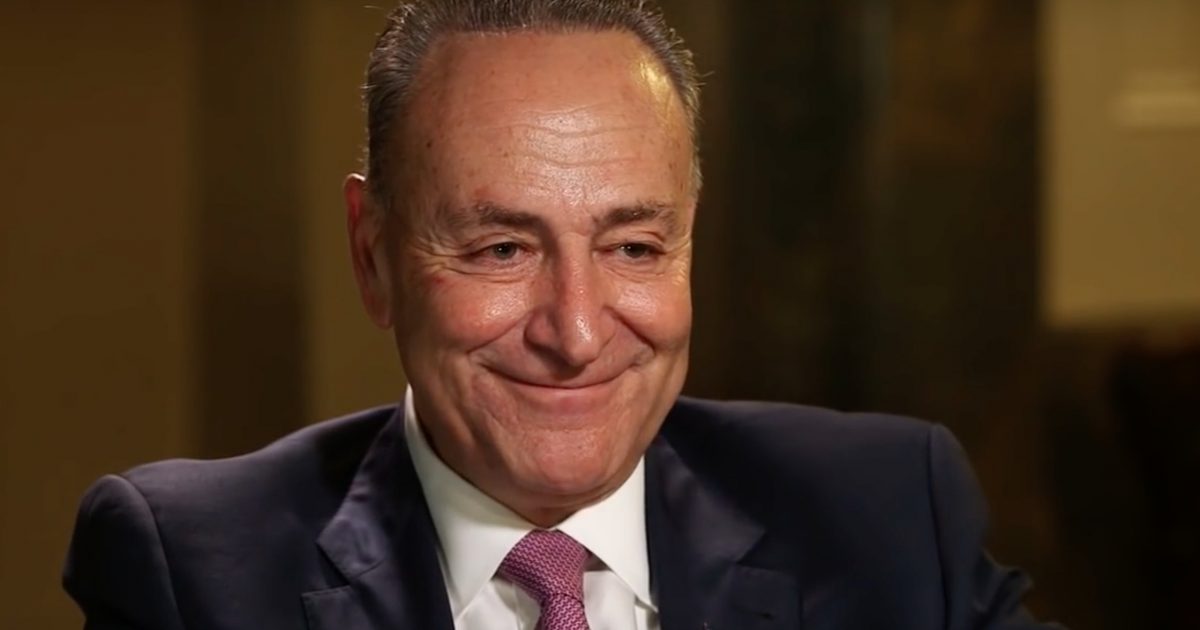 The latest congressional spending bill that funds the U.S. government through September of this year passed with flying colors in the U.S. House of Representatives this week.

Many Republicans see this passing as a loss for President Donald Trump because, while there are several important measures agreed upon in the bill, several of the president’s campaign priorities like defunding sanctuary cities and Planned Parenthood, were left untouched.

Democrats like Senate Minority Leader Chuck Schumer has been grinning about the bill all week, and now we know why.

The bill pumps in $25 billion to “rebuild and modernize” the U.S.Military in the ongoing efforts to defeat radical Islamic terrorism around the world, and it sets aside $1.5 billion for border security.

None of that border security money will be allocated to build Trump’s border wall.

According to Rep. David Brat (R-VA), this bill was a “win for Democrats and a lost for Conservatives” because the bill “fully funds unlawful sanctuary cities, refugee programs the president has opposed with executive orders Planned Parenthood, onerous EPA regulations, failed green energy programs, the unconstitutional Consumer Financial Protection Board, and does not block illegal Obamacare cost-sharing subsidies.”

Rep. Raul Labrador (R-ID), a member of the Freedom Caucus, joined Brat other Conservative legislators in opposition to the bill.

“The people of Idaho’s First District sent me to Congress to cut government spending and reduce our national debt. The bill we voted on today does the opposite; it increases government spending and borrowing, breaking the spending caps that Congress agreed to when President Obama was in office. While this bill does contain some good things, I would have preferred to see included in the bill more of the priorities President Trump and the majorities in Congress campaigned on – especially funding for a border wall.

The rest of the Florida congressional delegation, including moderate Republican Reps. Carlos Curbelo, Ileana Ros-Lehtinen, Neal Dunn, Dennis Ross, and Brian Mast, all voted in favor of the bill.