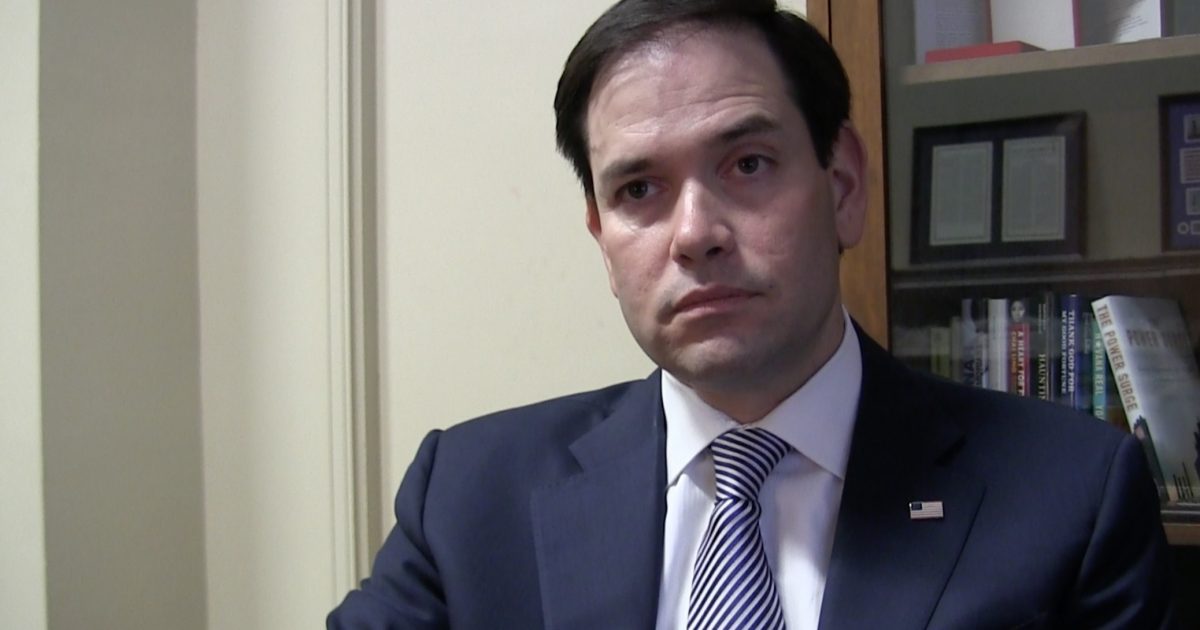 Florida Senator Bill Nelson (D) just gave Republicans more ammunition to use against him during his 2018 reelection race, this after he became the first Democratic U.S.Senator to come out against President Trump’s Supreme Court nominee, Judge Neil Gorsuch.

Nelson’s statement of opposition won’t be the first, as his Democratic colleagues in the Senate appear to be heading towards filibustering the federal judged from the 10th Circuit Court of Appeals.

Republicans are not taking the possibility of a filibuster lying down, as Senate Majority Leader Mitch McConnell (R) has already signaled that he would use the  “nuclear option” if Democrats attempt to filibuster the cloture vote.

The option Republicans may have to use to push Gorsuch through would change Senate rules to a simple majority.

Nelson’s friend and colleague from Florida, Senator Marco Rubio (R) recently told the Shark Tank that Democrats are having a tough time trying to “justify” the use of a filibuster against Gorsuch, saying,” if Judge Gorsuch is worthy of a filibuster, we’ll never get anybody through the Senate on the Supreme Court no matter who the president appoints.”

Many Senate Republicans, including Rubio and Texas Senator Ted Cruz, believe that Democratic Senators are pushing back against the Gorsuch nomination simply to appease the liberal base of the political party.

“I think the Democrats are under a lot of pressure from their  left, progressive base of their party-the liberal base- to vote against him, so they are trying to come up with excuses.”-Senator Marco Rubio

Just ten years ago, Nelson along with the entire Senate, voted unanimously to confirm Gorsuch to his current post at the 10th Circuit Court of Appeals.

And let’s not forget that in that very same year, Nelson voted in favor to end a filibuster of now Supreme Court Justice Alito.

Another Floridian, U.S. Congressman Tom Rooney (R), took issue with Nelson decision. In a press release, Rooney took Nelson to task and called for Floridians to oust him out of office in 2018.

“Today, Florida Senator Bill Nelson stated that he will vote no on Judge Neil Gorsuch’s confirmation. I am extremely disappointed, though utterly unsurprised, that Senator Nelson would put political posturing above the needs of the American people. Ten years ago, not a single Democratic Senator opposed Neil Gorsuch’s confirmation for the U.S. Court of Appeals for the 10th Circuit, including Senator Nelson. Nelson has not provided any substantive concerns or misgivings as to why he supported Gorsuch in the past but will not vote to confirm now.

Nelson is hypocritically putting his own wants and needs above objectively considering a Judge who has shown nothing but full capability to serve on the Supreme Court. He should be ashamed of himself and I hope Florida voters replace him next year in the 2018 election. Unfortunately because of the actions of Senators like Bill Nelson who are threatening a filibuster for a capable jurist, Republicans may be forced to exercise the nuclear option.”-Rep. Tom Rooney (R)

You better believe that Florida Governor Rick Scott (R) is paying very close attention to what Nelson’s is saying and doing, as the two-term governor could announce his candidacy for the U.S. Senate against Nelson within the next several months.