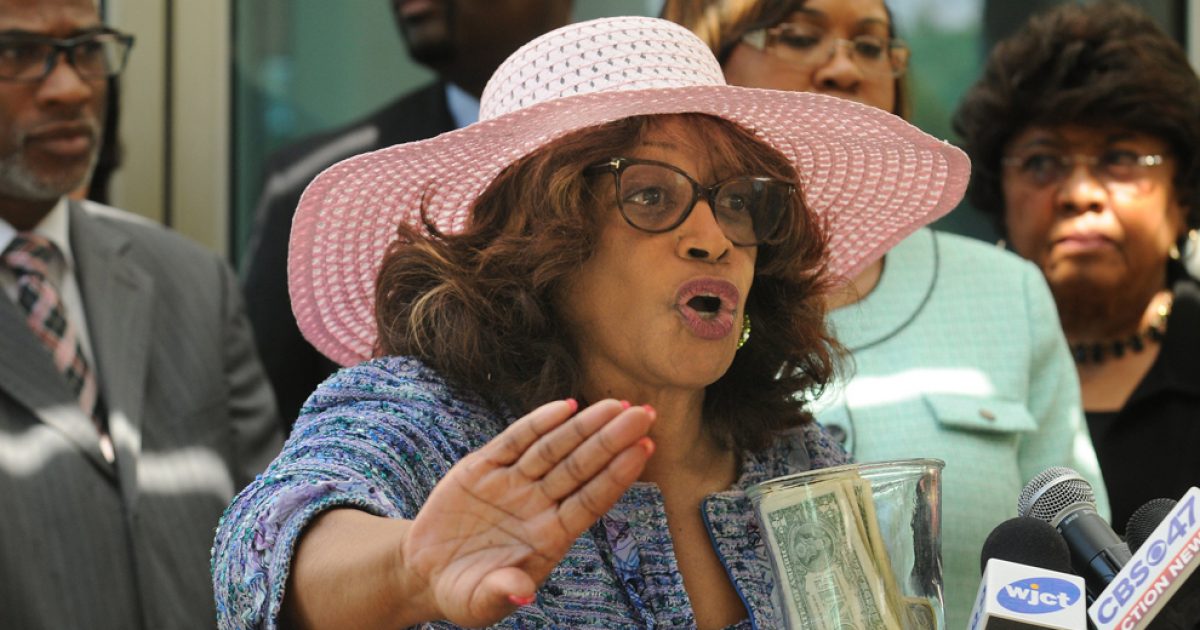 Disgraced former Democratic Congresswoman Corrine Brown (FL) is not holding anything back. In an interview with News4Jax she said the charges against her are bull—-.

When asked if she was guilty Brown said:

My attorney said I shouldn’t say it but it’s bull—-. That’s what it is. Or BS. That’s a better word. Either way I am looking forward to to my day in court and clearing my name.

Brown might be cursing all the way to jail because the prosecution seems to have a solid case against her which includes her former campaign manager and fundraiser partner who are going to testify against her.

She said she is comfortable facing them and putting her fate in the hands of the jury. Expect a lot of accusations of racism coming from Brown in the court room, that’s a given.

We are not sure if Brown is in denial or if she is really innocent but she said:

On my tombstone, it will not be guilty. It will be that she stood up and presenter her case in court and let the jury decide.

Brown also plans on testifying at the trial. She said:

Nobody going to tell my story better than I can tell it. And the truth is the truth.

She also admitted spending three days a week preparing for the trial and if she is found guilty she stated she is not afraid of going to jail because she just wants it over.