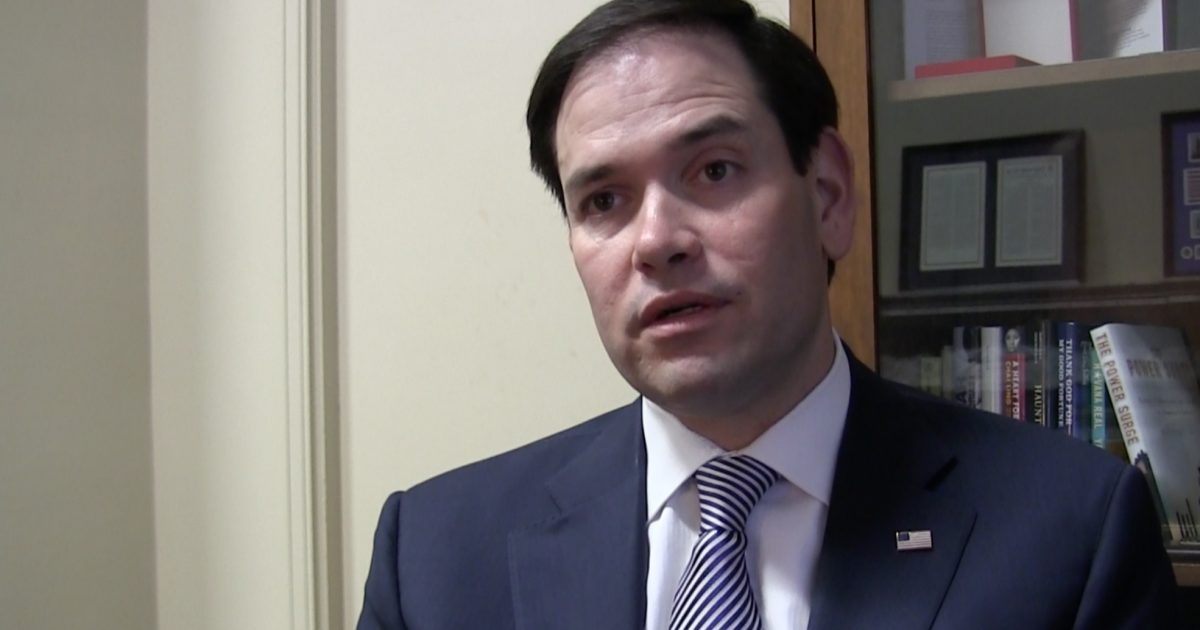 One of the most contentious and controversial legislative bills that is making its way through the Florida legislature is SB10, a bill that was introduced by Senator Rob Bradley (R) and is being pushed by Senate President Joe Negron (R).

While the big pushback from the proposed land buy is from the sugar industry, who like we mentioned happens to own a large chunk of the proposed land, many different types of farmers would be affected if their respective land was bought up.

Florida Senator Marco Rubio (R) told the Shark Tank that his greatest concern about Negron’s SB10 land buy is that many farming communities would be “wiped out” and farming cities in the region would “collapse” and turn into “Ghost towns,” if there is farming came to an end.

“I believe, it is important that those communities such of the glades be at the table. Everyone talks about Big Sugar. Those guys are going to be fine either way.”

Rubio, who met with Negron a few weeks back about this very issue, told the Senate president he “was neither for it or against” the measure.

I told him (Senator Joe Negron) that I am not for or against it, its that there is no federal money for it, because any money we take from that is money we are taking away from all these projects we are working on.

Rubio also reminded folks that there was already a plan in place to deal with the water clean-up efforts, a plan that according to him, was “decided years ago” that opposing parties said needed to be funded.

We already have a project. There is already a plan to deal with what’s happening in Lake Okeechobee and the water quality and the algae blooms. That plan was decided years ago, it was the plan that everyone said we needed to fund that part of it first.

Click here to read about Senator Marco Rubio opposition to a GOP version of Obamacare.

Also, will Rubio ever run for governor?