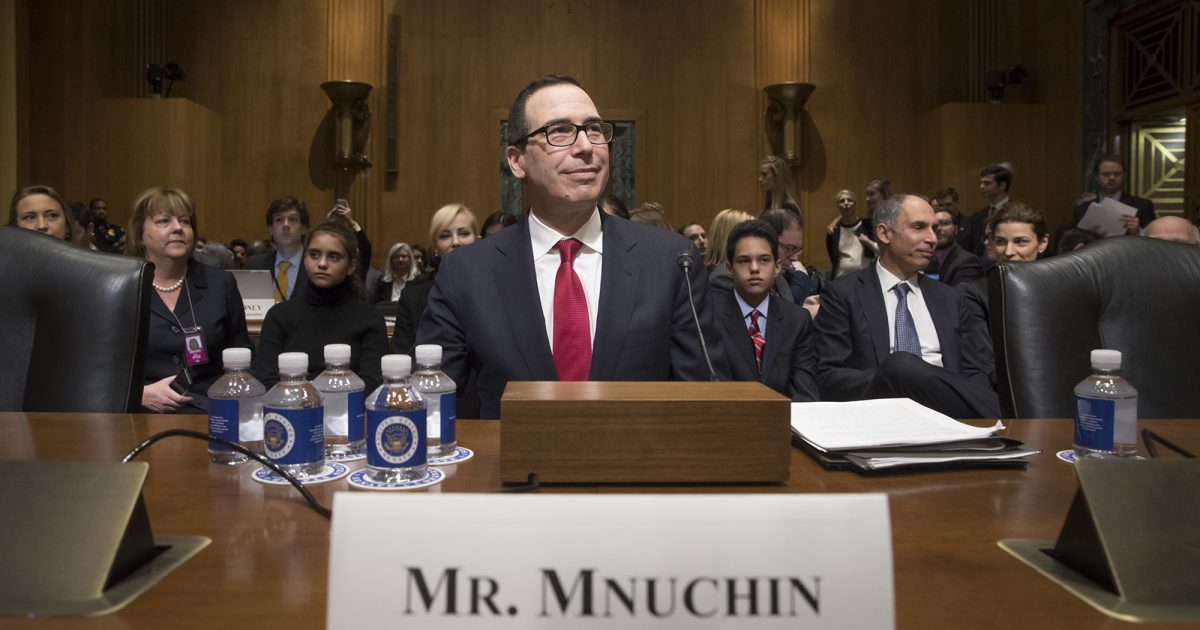 Did you know that the Internal Revenue Service has someone who is appointed by the Treasury Secretary to serve as the “Taxpayer Advocate?”

The position was designed by Congress to have a high level of independence from the IRS to, “assist taxpayers in resolving problems with the IRS”, “identify areas in which taxpayers have problems in dealings with the IRS”, “to the extent possible, propose changes in the administrative practices of the IRS to mitigate problems identified”, and “identify potential legislative changes which may be appropriate to mitigate such problems.”

Given the list of responsibilities, it would be reasonable to assume that this little-known position was created in the wake of the Obama Administration’s abuse of power in singling out conservative groups and contributors to be wrung through the bureaucratic wringer.  But no, the Taxpayer Advocate position was first created by Congress in 1996, and the current inhabitant, Nina Olsen, was appointed in January, 2001.

So, where was the IRS Taxpayer Advocate when Lois Lerner and her cronies were busily abusing and harassing conservative groups?

Great question, and it is one that former Senator Bob Kerrey (D-Neb.) asked in a 2013 interview with Politico saying, “That was the whole idea of the creation of the taxpayer advocate — that somebody could intervene on behalf of the taxpayer, and it looks like the intervention didn’t happen.”

Kerrey continued by speaking directly to tea party complaints about abuse being ignored saying, “These entities were reporting they were being singled out, and [the response] was sort of, ‘Don’t worry about it; it’s just a bunch of right-wing organizations that don’t like the president,” he said. “As it turns out, they were right.  The government was abusing its power.”

Is it possible that the Taxpayer Advocate, after about a decade in office, became so cozy with those she was assigned to stand up to, that she became a Stockholm Syndrome-like collaborator with the IRS?

The evidence seems compelling that Ms. Olsen has gone beyond collaborator to full-blown prison guard as in her 2013 report discussing the IRS targeting of conservative political groups, she argued for more regulation by the IRS of political activity stating the following: “The IRS and Treasury should develop a proposed regulation or revenue procedure that lists the factors IRS will apply and proposes a specific and detailed method for applying them. The guidance should explain how to apply the test to organizations before they have commenced operations. The IRS and Treasury should request public comment on this proposal to improve the guidance and to ensure that its process is transparent.”

In her June 2013 Special Report to Congress on Political Activity and the rights of Applicants for Tax-Exempt Status, she suggested that, “the IRS should undertake a random audit of existing IRC 501(c)(4) organizations to identify compliance risks.

Shortly after Olsen’s recommendation appeared, the IRS did propose a regulation dealing with speech by 501(c)(4) organizations that would have stifled political speech. The IRS regulations were so egregious that they had to be pulled due to the inability of the agency to handle the more than 150,000 comments generated against them. Congress later defunded any such rule from being issued.

House Ways and Means Committee Member George Holding (R-N.C.) wrote in Breitbart.com about another abusive IRS practice called the National Research Program (NRP) which subjects individuals to in-depth random audits for statistical purposes. The NRP is the equivalent of a full taxpayer proctology exam and is significantly more stressful than a standard audit which might focus on a few items on a return. Instead the NRP forces the taxpayer to justify everything on the entire return so the IRS can get better statistical data.

What is the Taxpayer Advocates’ response to the NRP? Holding writes, “More alarming (than even the random audit itself), however, is that Nina Olson, head of the Office of the Taxpayer Advocate, charged with keeping an eye on things inside the IRS for taxpayers defended the program, even as she called the NRP ‘tormenting’ and referred to those who get pulled into this program as ‘guinea pigs’.”

There may be a perfectly rational reason why Ms. Olson always seemed to side with what was a rogue IRS during the Obama Administration, but after sixteen years in office, new Treasury Secretary Steven Mnuchin should take a fresh look at her tenure to determine if the American taxpayer needs a new watchdog and advocate in the belly of the beast.

Rick Manning is the President of Americans for Limited Government.