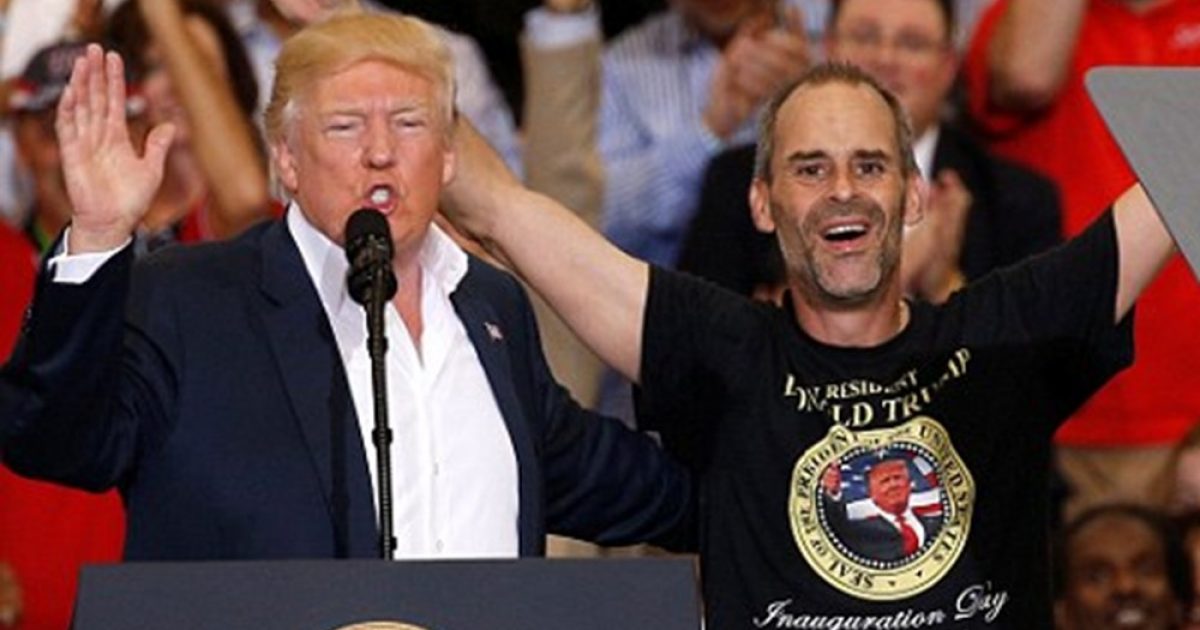 On Saturday night during his rally in Melbourne, Florida, President Donald Trump invited one of his supporters to the stage and gave him the microphone.

The man he invited to the stage was Gene Huber and he was wearing a black Donald Trump t-shirt. He hugged the President and spoke for a few minutes.

As Huber returned to the crowd Trump said “a star is born. I wouldn’t say that the Secret Service was thrilled with that, but we know our people, right? We know our people. Great guy. And so many others.”