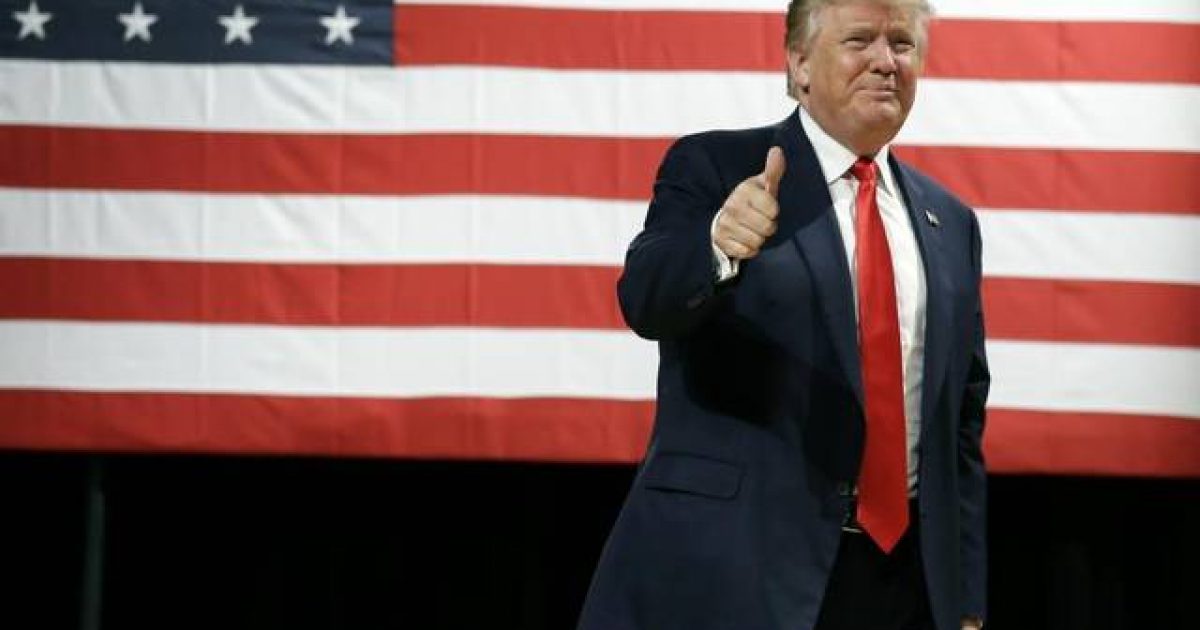 Trump Will Be In Melbourne Florida On Saturday

Trump announced his first rally since his inauguration will be on Saturday in Melbourne, Florida.

Join me in Florida this Saturday at 5pm for a rally at the Orlando-Melbourne International Airport!

One of his administrative officials said Trump would rally supporters at an airport hangar there. It is the same venue where he held a rally in September.

Trump is scheduled to arrive by landing at the airport on Air Force One and disembarking in front of the crowd.

White House press secretary Sean Spicer said on Wednesday the event was a campaign rally and directed questions about it to “the campaign.” He said Trump’s campaign was paying for it but didn’t offer further details.

Trump indicated in a form sent to the Federal Election Commission on Inauguration Day that he intended to run for President again, but noted it did not constitute the formal announcement of his 2020 candidacy.
9SHARES
54
SHARES
ShareTweet