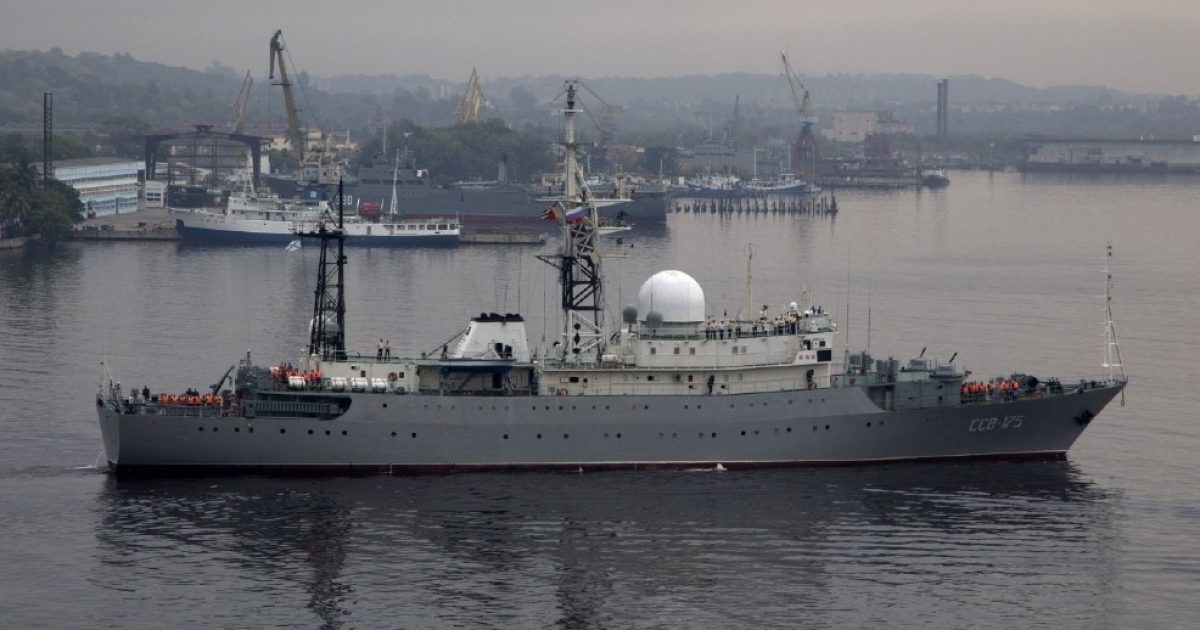 There is a Russian spy ship sitting just 30 miles off the coast of Connecticut according to a US defense official. What it is doing there is not really known but the military is keeping a close eye on it.

This marks the farthest north the Russian spy vessel has ever ventured.

CNN reported the Leonov conducted similar patrols in 2014 and 2105 but was off the coast of Virginia at that time.

The ship is based with Russia’s northern fleet on the North Sea but had stopped by Cuba before conducting its patrol along the Atlantic Coast and is expected to return there following its latest mission.

The vessel has a variety of high-tech spying equipment and is designed to intercept signals intelligence. The official also said the US Navy is “keeping a close eye on it.”

On Friday a US ship also encountered close flying Russian aircraft in the Black Sea.

The USS Porter was sailing in the Black Sea when it had three encounters with Russian aircraft. They were deemed unsafe and unprofessional because of how close the Russian planes flew to the American destroyer, according to a senior defense official. The Pentagon later released pictures of the encounter.

Another defense official said one of the planes, an armed Su-24 attack jet, flew within 200 yards of the Porter, traveling at a speed of 500 knots (about 570 mph) and flying 300 feet above the water.

The Navy said the aircraft did not cross the deck of the Porter but assessed it was carrying out a “mock attack” on the American ship.

The Porter’s crew attempted to radio the Russian plane but did not receive a response.