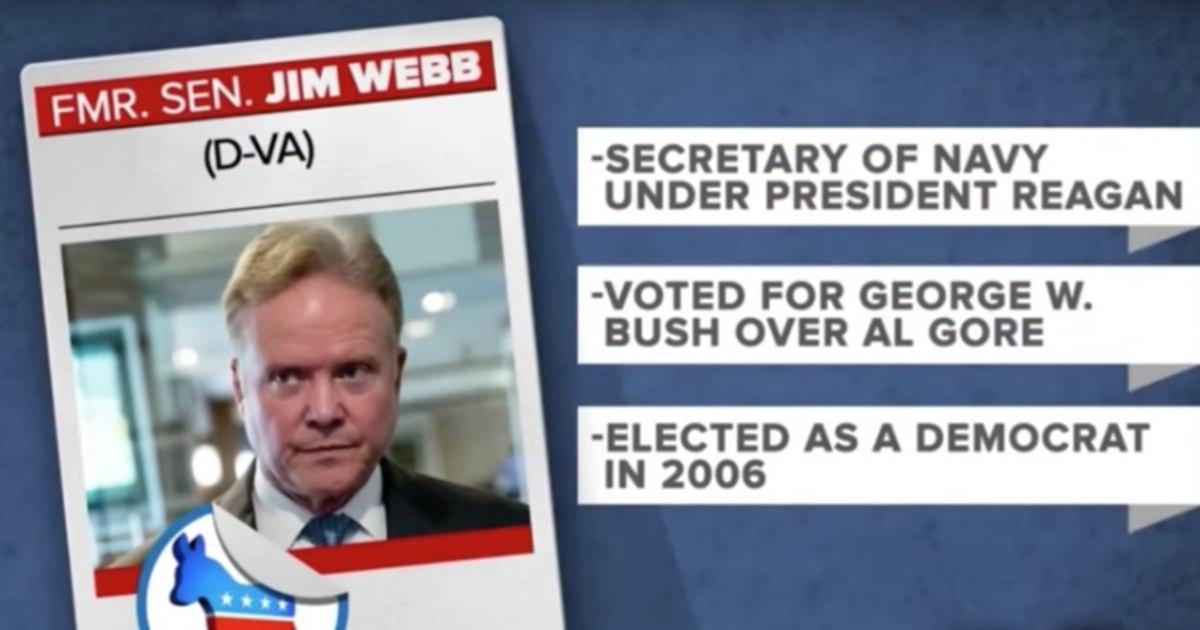 Democratic Senator Jim Webb, former secretary of Navy under President Reagan and former 2016 Presidential candidate, was interviewed on NBC’s “Meet the Press,” where he commented that over the past 6 years the Democratic party has moved “very far to the left.”

In addition, he also said that the party doesn’t “have a message” when it comes to the 2018 midterm elections.

Webb says that the party, in large part, has been hurt by shaping itself around identity politics. This is apparent “When you can’t have a Jefferson-Jackson dinner, which was a primary celebratory event of the Democratic Party for years, because Jefferson and Jackson were slaveholders,” he explained. “They were also great Americans in their day. Something different has happened to the Democratic Party.”

He goes on to explain that “You’ve lost white working people. You’ve lost flyover land, and you saw in this election what happens when people get frustrated enough that they say, ‘I’m not going to take this.'”

When it comes to the 2016 Presidential election results, Webb said that “There is an aristocracy now that pervades American politics. It’s got to be broken somehow in both parties, and I think that’s what the Trump message was that echoed so strongly in these flyover communities.”

He urges the party to be self reflective because “The Democratic Party’s got to do some real hard looks on whether or not they are going to expand and get back working people who used to be the core of their party.”

While keeping his vote private, he did say that he did not endorse Hillary Clinton.
0SHARES
27
SHARES
ShareTweet