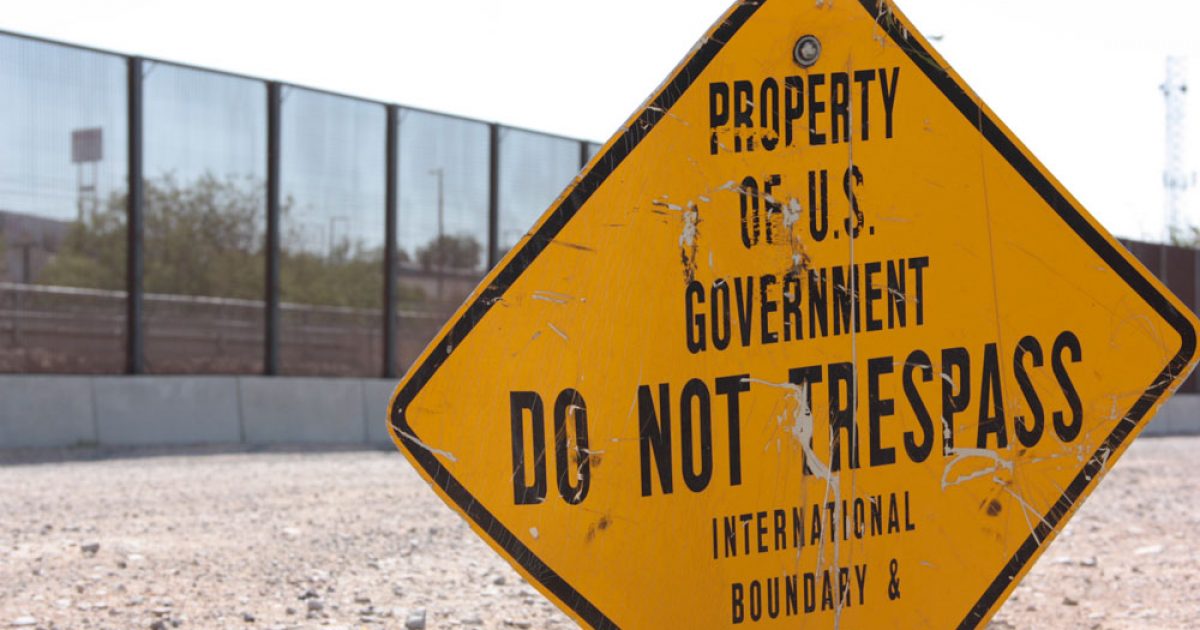 On Wednesday, President Donald Trump signed immigration actions to build a wall on the U.S. border with Mexico.

He said “we’ve been talking about this right from the beginning.”

Trump signed the two orders during a ceremony at the Department of Homeland Security after honoring the department’s newly confirmed secretary, retired General John Kelly.

As reported by Newsmax, the executive orders will jumpstart construction of a U.S. -Mexico border wall, one of his signature campaign promises, and strip funding for so-called sanctuary cities, which don’t arrest or detain immigrants living in the U.S. illegally.

During an interview with ABC News on Wednesday, Trump said he expected construction of the wall to begin within months. U.S. taxpayers are expected to pay for the upfront costs, through Trump continues to assert Mexico will reimburse the money through unspecified means.

There will be a payment, it will be in form, perhaps a complicated form.

He continued to say that negotiations with Mexico will begin soon. Mexican President Enrique Pena Nieto has insisted his country will not pay for a wall.

Trump is said to be still weighing the details of plans to curb the number of refugees coming to the U.S. The current proposal includes at least a four-month halt on all refugee admissions, as well as a temporary ban on people coming from Muslim-majority countries.