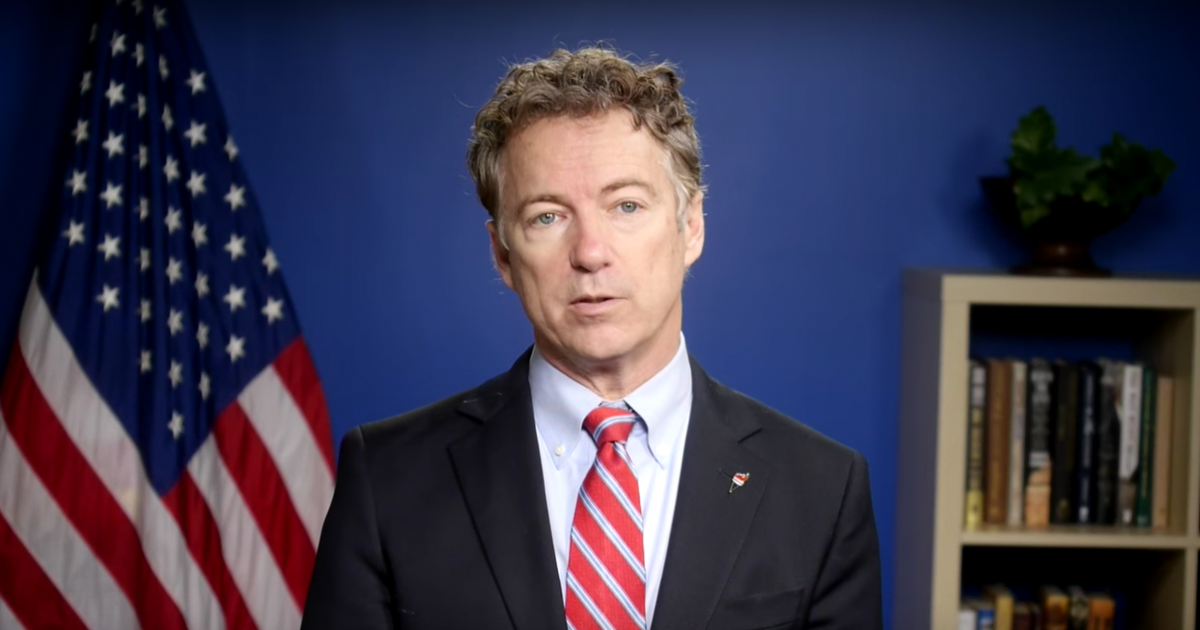 During the Republican presidential primaries, Rand Paul didn’t quite have the impact his father Ron Paul’s campaign had in the 2012 primaries, but Rand’s small government platform was never questioned. Now, Senator Rand Paul and Kentucky Representative Thomas Massie are reintroducing legislation that has bipartisan support and the Support of President-elect Donald Trump.

It is so important to audit The Federal Reserve, and yet Ted Cruz missed the vote on the bill that would allow this to be done.

In a statement, Senator Rand Paul said that “No institution holds more power over the future of the American economy and the value of our savings than the Federal Reserve, yet Fed Chair Yellen refuses to be fully accountable to the people’s representatives.” Rand goes on to say that “The U.S. House has responded to the American people by passing Audit the Fed multiple times, and President-elect Trump has stated his support for an audit. Let’s send him the bill this Congress.”

Massie added that “The American public deserves more insight into the practices of the Federal Reserve. Behind closed doors, the Fed crafts monetary policy that will continue to devalue our currency, slow economic growth, and make life harder for the poor and middle class. It is time to force the Federal Reserve to operate by the same standards of transparency and accountability to the taxpayers that we should demand of all government agencies.”

Ron Paul, Rand’s father and former Texas Representative, also released a statement that praised Rand and Massie’s “leadership on the important issue of auditing the Federal Reserve. Audit the Fed is the type of change the American people demanded when they went to the polls last November.”

As a result of the Presidential election, Ron mentioned President-elect Trump’s harsh criticism of the Federal Reserve. He commented that  “While campaigning for President, Donald Trump not only criticized the Fed’s easy money policies, he also endorsed Audit the Fed. With a President who supports Audit the Fed finally sitting in the White House, Congress has no excuse to not quickly pass this bill and finally let the American people know the truth about the Fed’s conduct on monetary policy, including its dealings with foreign governments and central banks.”

Ron explained that “For 105 years, the Federal Reserve has exercised almost absolute and unquestioned authority over America’s monetary policy. The result has been a boom-and-bust business cycle, growth in government, increasing income inequality, and a loss of over 90% of the dollar’s purchasing power. No wonder almost 80% of Americans support Audit the Fed!”

With a President who supports #AuditTheFed in the White House, Congress has no excuse to not quickly pass this bill. https://t.co/DbAlDEpSuY