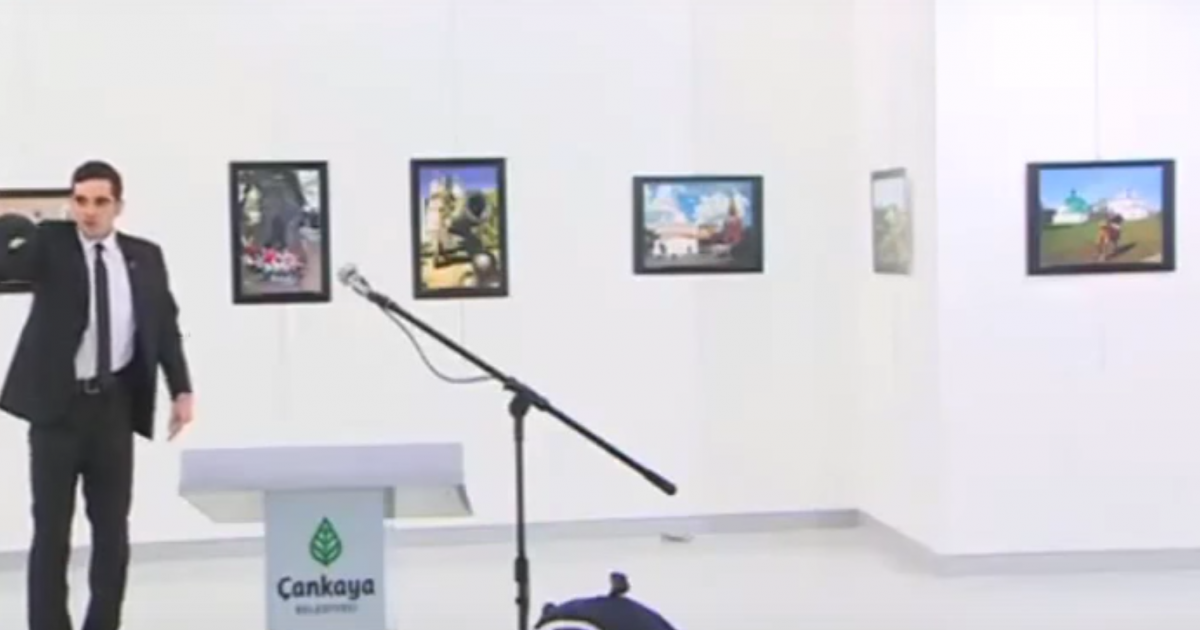 Ambassador Andrey Karlov, while giving a speech at the opening of a photo exhibit in Ankara, was assassinated today. The gunman shouted “Do not forget Aleppo” while shots were fired at the Ambassador.

Foreign Ministry Spokeswoman Maria Zakharova commented on what they’re calling a “terror attack” by saying that they “are currently in contact with Turkish authorities, who are assuring us that a thorough, comprehensive investigation will be conducted.”

She also added that “Murderers will be punished. Terrorism won’t sustain. We’ll fight it.”

In addition, the gunman is also heard yelling “Only death will remove me from here. Everyone who has taken part in this oppression will one by one pay for it.”

The gunman was killed shortly after by Turkish police.

Zakharova described Ambassador Karlov as an “outstanding diplomat,” and she praised him for contributing “a lot in fighting terrorism during his career.”

The footage of the attack can be seen below. Viewer discretion is advised.