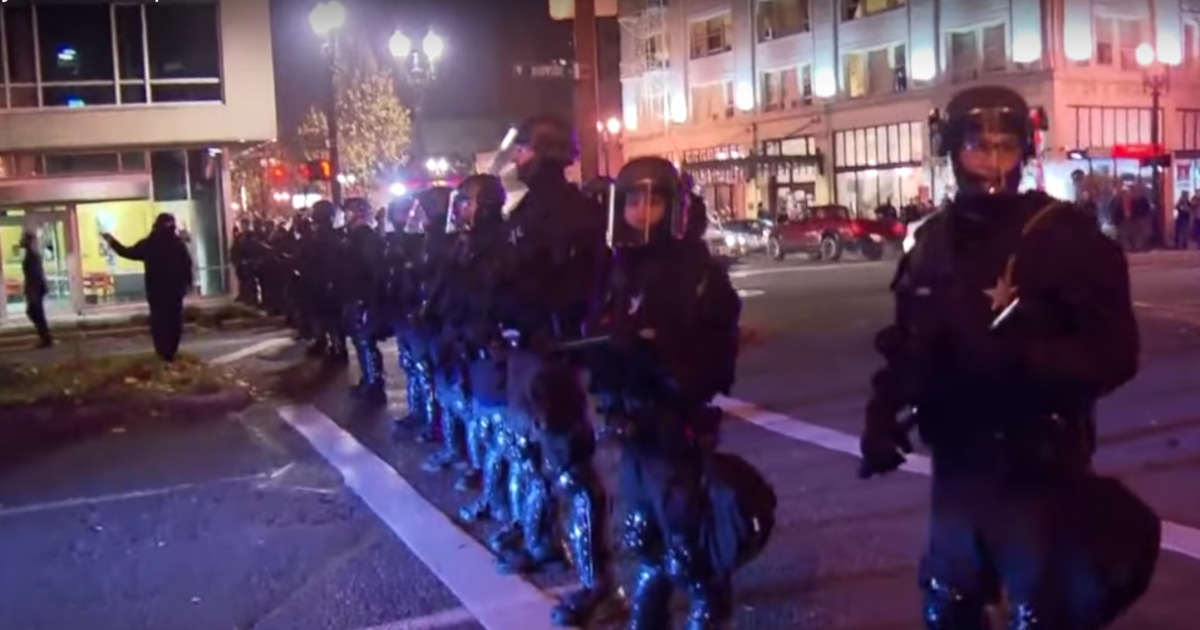 For several days, Anti-Trump protestors have hit the streets across the United States to protest Trump’s Presidential win. In Oregon, riots broke out that included attacks against the police and looting, and several protestors were arrested as a result. Of the 112 protestors that were arrested, 69 had either not registered to vote or did not vote at all in the election.

KGW conducted an investigation and found that “records show 34 of the protestors arrested didn’t return a ballot for the November 8 election,” and that “thirty-five of the demonstrators taken into custody weren’t registered to vote in Oregon.” Of the 112 arrested, only 25 of them had actually voted in the 2016 election.

They are still investigating the remaining 17 that were arrested.

Donald Trump has commented on the protests and has asked the protestors to not be afraid of the upcoming Trump administration. He’s also condemned any attacks aimed at minorities.

Hillary Clinton and Barack Obama have still not publicly condemned the protests against President-elect Donald Trump.