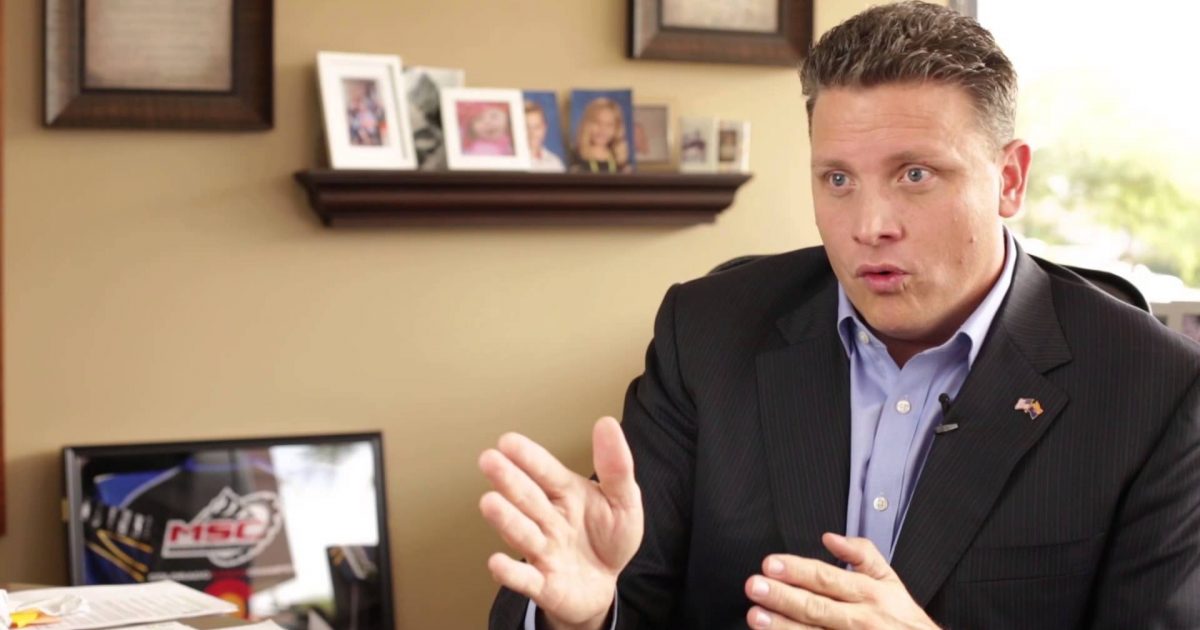 Arizona GOP Chairman Robert Graham, is going on offense against his own party and those within it who fail to support the embattled presidential nominee.

This past Monday, Graham released a scathing statement:

Leadership is more than stopping political mail, not campaigning for someone or making statements condemning a person’s comments made nearly a dozen years before.Leadership is making the tough decisions, digging in and sacrificing for beliefs and ideas greater than one person…

Graham, who is rumored to be seeking the Republican National Committee chairmanship has been an ardent supporter of Donald Trump since he won the Arizona Presidential Preference election on March 22nd, 2016. The Statement continued:

We understand when the leftist media condemns Republican candidates with bias. However, it is hard to understand why some are willing to surrender the principles and values we espouse as conservatives well-knowing that Hillary Clinton, if President, will systematically condemn our freedoms.”

While Graham should be considered as one of the front-runners to replace Reince Priebus, those hopes would likely be derailed should Donald Trump fail to defeat Hillary Clinton in the Grand Canyon State, as it now appears to be a real possibility.

Remember: only a unified party stands a chance in November. We need real change in America and we must stand together to #StopHillary!

We face a choice between Hillary Clinton and Donald Trump. UNITY is the only chance we have to prevail! #MAGA@Foxbusiness

“In the end, I will not condemn or abandon a man that has every right to forgiveness as I do. Nor will I give up on the people of this great nation. We must lead. It is my responsibility, as a member of the Republican National Committee, to elect our Republican nominees and defend our country against all enemies. Hillary Clinton is an enemy to our nation’s security, general welfare and blessings of liberty. I will continue to work with passion, integrity and restlessness to stop Hillary Clinton and elect Donald J. Trump.”