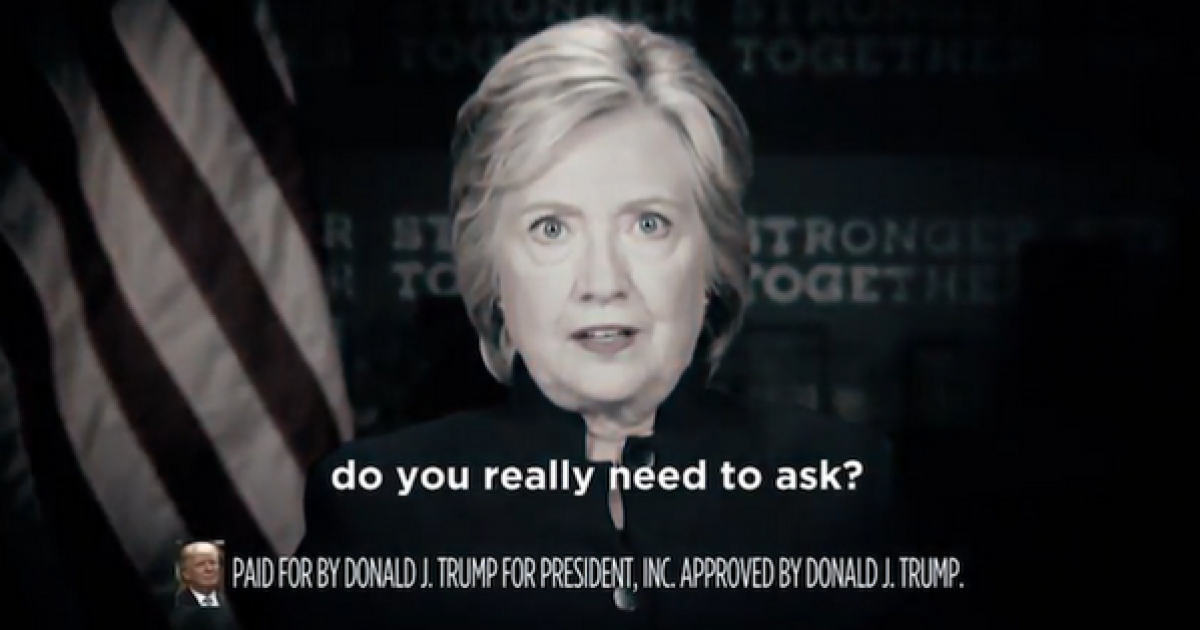 On Friday the Donald J. Trump for President campaign released a new television ad entitled “Why?” which calls out Hillary Clinton for wondering why she isn’t 50 points ahead despite her ongoing email scandal, support for policies that led to the rise of ISIS and referring to tens of millions of hard working Americans as “deplorables.” The ad will air nationally.

Hillary Clinton’s career is a decades-long highlight reel of moments in which Clinton puts her self-interests over the needs of everyday Americans. To be clear, Hillary Clinton is in this race to enrich herself and line the pockets of her Wall Street donors. Why is out of touch Hillary Clinton not 50 points ahead? The answer is pretty clear. Voters want a change in direction and only Donald J. Trump can provide that change. – Jason Miller, Senior Communications Advisor