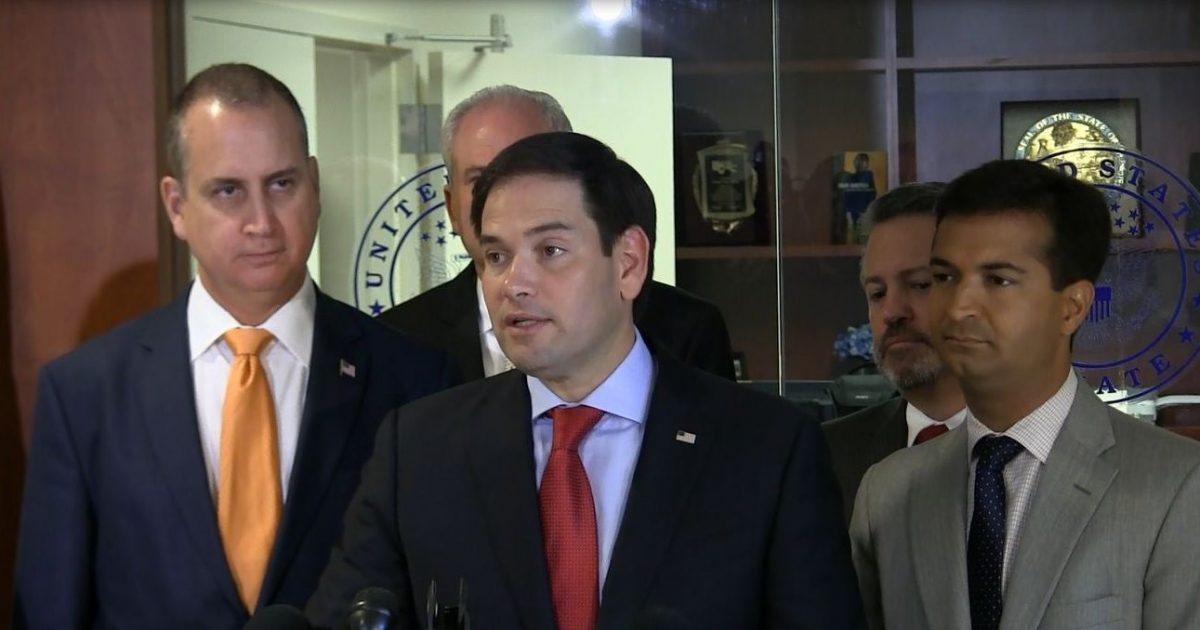 Florida Senator Marco Rubio (R) held a press conference at this Doral, Florida office to update reporters and Floridians on the Zika virus eradication effort, and to address how the federal money recently allotted to fight the disease should be spent.

It is only fitting to hold the press conference in Miami, the epicenter for the spread of the Zika virus.

Mayor Gimenez, along with the other officials in attendance, shared the same concern about  overcoming possible bureaucratic hurdles that may arise.

Rep. Diaz-Balart said that federal funding needed to quickly arrive in Florida and be used in the right places, adding that he hoped  the all-to-often problem of government bureaucracy, both at the state and federal level, would not be a hindrance in the fight the spread of the virus.

Curbelo was also in lock-step with Rubio and Diaz-Balart, emphasizing  that the Zika problem in south Florida was a greater threat.

“This isn’t just  a public health threat, this is an economic threat.”-Rep. Carlos Curbelo

Curbelo also believes that the federal money carved out for the State Department to combat the virus should “flow to partner nations” like Brazil, Colombia, Panama, and Costa Rica, where the virus is “proliferating.”

Sporting a two week-old beard, Commissioner LaMarca said that it was important that Zika funding be readily accessible in south Florida because “mosquitoes don’t know where the county lines are,” eluding to that  counties like Broward are susceptible to the spread of the virus.