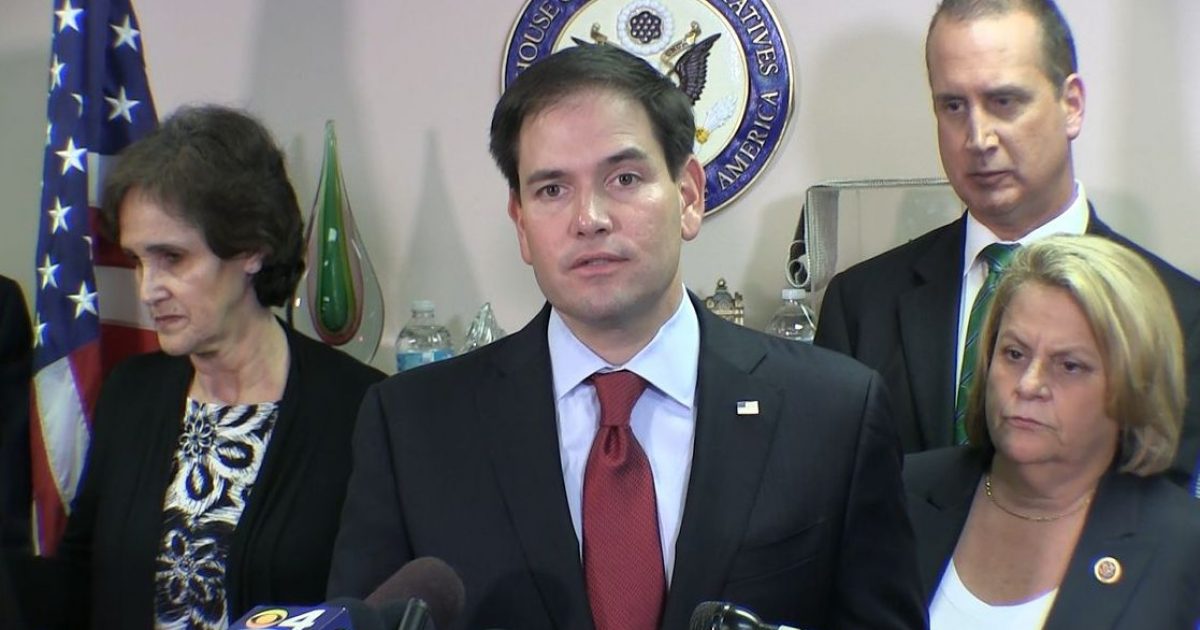 “The Iran-Cuba-Venezuela axis is a dangerously toxic mix of three regimes led by despots who sponsor terrorism, violate human rights, censor the internet, kidnap innocent American citizens for ransom, and routinely violate and aid in the evasion of international weapons sanctions” commented the Senator who’s currently rising in the polls in his reelection bid against Patrick Murphy (D).

“Iran is the world’s foremost state sponsor of terrorism, and I can assure the public that it’s ‘president’ is not visiting Cuba to enjoy apartheid beaches, drink mojitos or take in ‘people-to-people exchange’ salsa lessons. The fact that Nicolas Maduro would take the time to host Rouhani, as the Venezuelan people lack basic necessities like medicine and food and the country disintegrates around him, says a lot about his misguided priorities and intentions,” he continued.

Then-Congressman Allen West (R), who represented Florida’s 22nd congressional district from 2011 to 2013, has also been vocal about the growing ties between Iran and Venezuela, and he commented that “there are potential medium and long-range missile sites being constructed in Venezuela in conjunction with Iran that could definitely threaten us here in South Florida.”

Rubio goes on to explain that “Iran’s President is visiting Cuba and Venezuela to plot against the U.S. and threaten our democratic and security interests in the Western Hemisphere. And given that the entire world now knows commercial flights between the U.S. and Cuba lack even the most basic security measures, the Iranian presence in Cuba this week is unsettling and disturbing.”