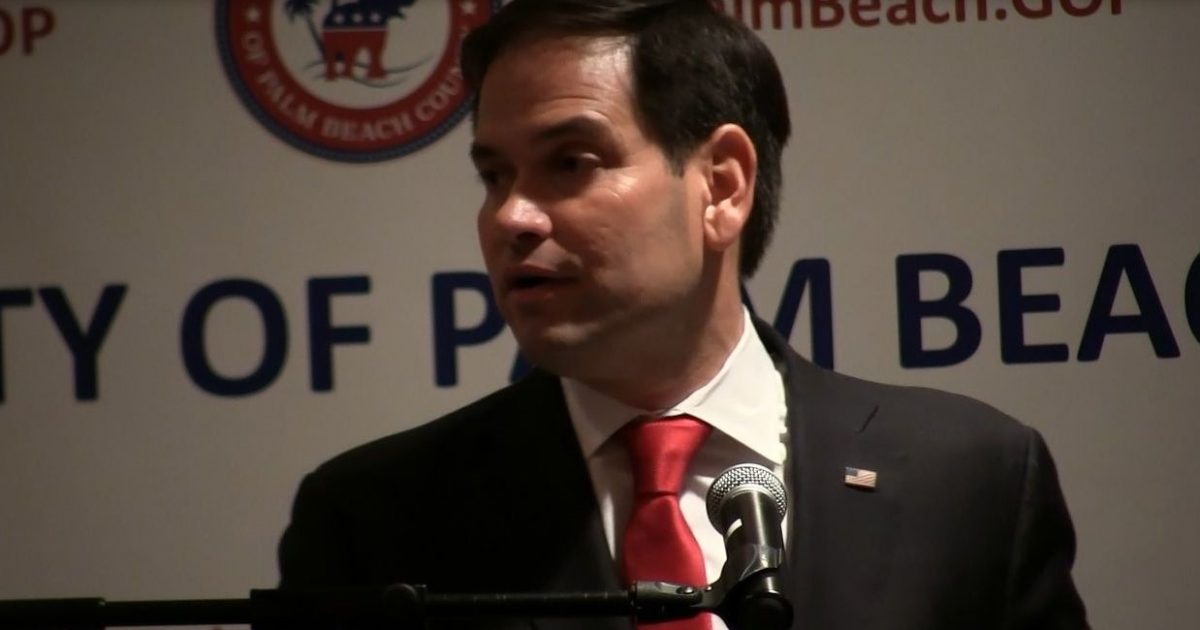 Boca Raton, FL-Senator Marco Rubio delivered the keynote address at the annual Palm Beach GOP “Lobsterfest” event, where he described the U.S. Supreme Court’s true role in government, as well as expressing his concern about how the highest court in the land could change for the worse under a Hillary Clinton presidency

Rubio stated that the role of the SCOTUS and its justices, is to be a “tryer of law,” not a “tryer of fact,” and that Republican presidential nominee Donald Trump said that he would appoint someone “as much like Scalia as he can possibly find,” adding that “the chances the Hillary Clinton appointing someone like that are zero.”

Rubio also warned that if Republicans do not keep the majority in the U.S. Senate, he fears that the presumptive Democratic Senate Majority Leader, Sen. Chuck Schumer, would use the “nuclear option” and confirm liberal Justices with only 51 votes.