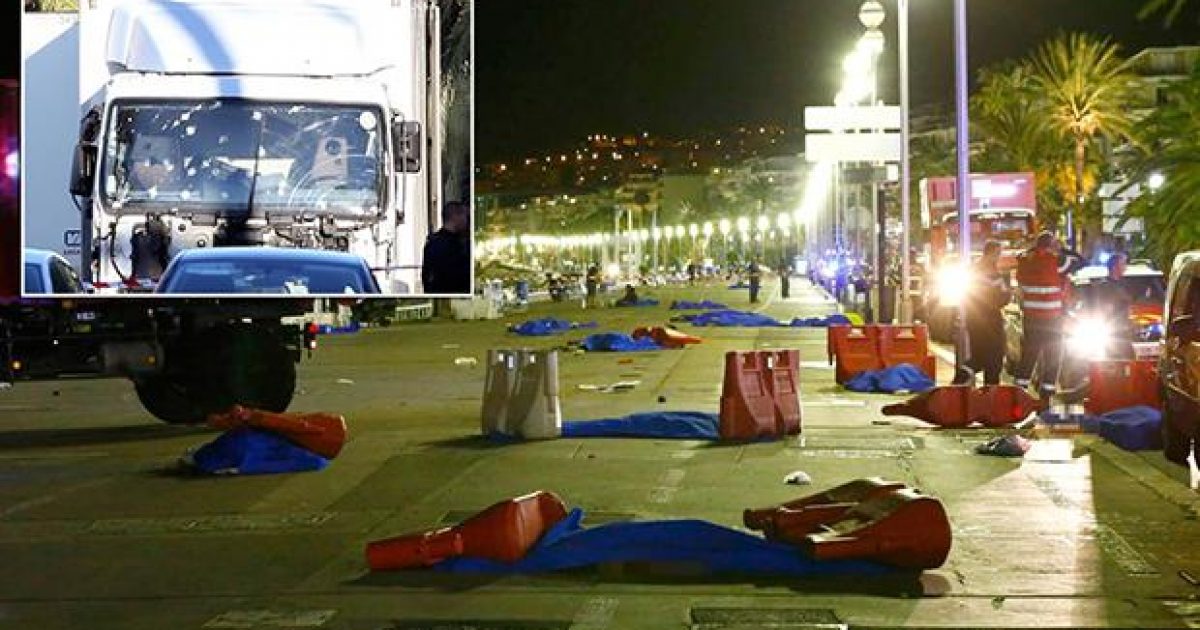 Radical Islamist struck again in France, this time the target city was Nice along the French Riviera. A man later identified as a 31-year old Tunisian national, plowed a truck through scores of tourists celebrating Bastille Day.

A total of 84 people, including two Americans, were killed in the terrorist attack.

Here is a graphic video taken of truck striking pedestrians.

Police were able to catch up to the driver, shooting him dead.

Here is a video of police shooting into the cab of the truck.