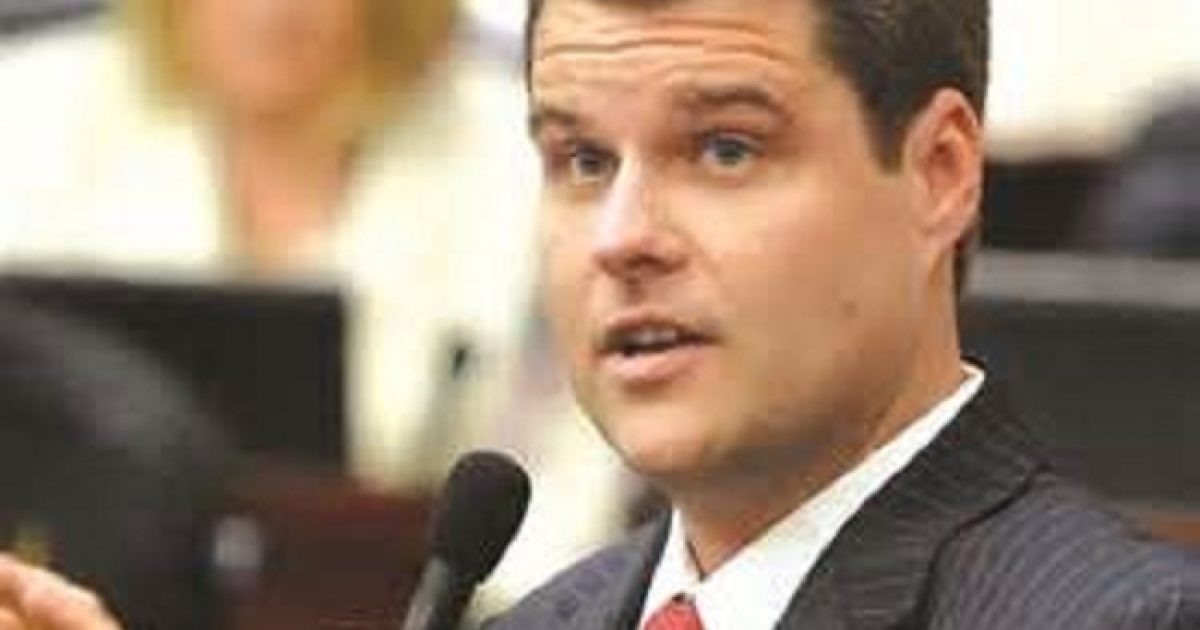 Gaetz recently sponsored a bill to allow open carry for gun owners in the state, garnering him monster statewide support for doing so. Yeeeehaaaaawwwwhhh!!!

Now Gaetz has released his first congressional TV ad where he says that he will “fight to pass open carry,”” build the wall” and “kill Muslim terrorists.”

Expect this ad to irk those liberal Democrats who took Donald Trump to task for stating that he would keep Muslims out of the U.S.

“I will fight to protect our Second Amendment rights, give our military the tools they need to fight and kill radical Muslim terrorists, and build the wall to stop illegal immigration. Our nation is in trouble, and we have two choices — to give up or to fight back. I’m running for Congress because I’m ready to fight back for Northwest Florida and get America back on track.”