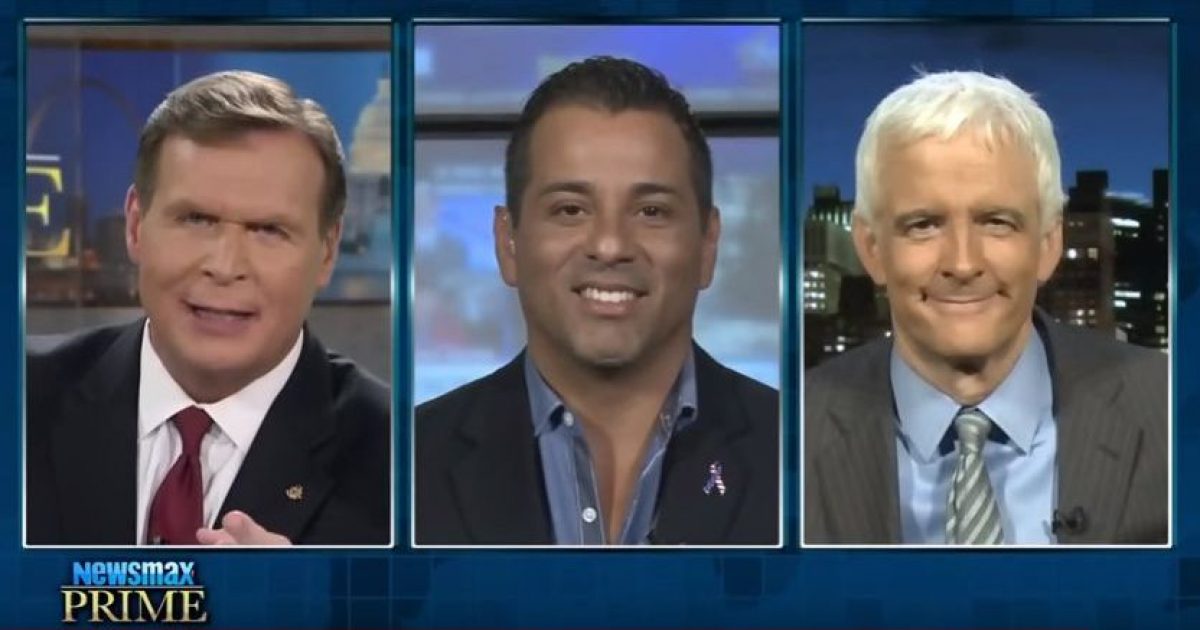 Manjarres was asked about Rubio’s decision to run for Senate again and if the statement he made after the shooting in Orlando will help or hurt him.

I think he is the most popular politician in the state of Florida, so he has a chance to shore up the Republican base for Donald Trump, but also help the down ticket or the under card for Republicans down in the general election. Listen, there are a lot of seats up for grabs. . . Marco will help the ticket up and down.

Henican said Rubio would rather go to the Senate where he has a bad voting record versus just sitting out and doing nothing.

Next they discussed Hillary Clinton and Elizabeth Warren and how Warren is getting under Donald Trump’s skin. It was asked if Trump was handling the attack accordingly.

Manjarres said he believes Trump has the upper hand and he will come out victorious and beat Hillary Clinton in the end.

I think old Pocahontas might of got under his skin a little bit.

After Manjarres appeared on NewsMaxTV Marco Rubio sent him a text and said:

I saw you. Good job on TV. You have gained a few pounds?

Then Rubio sent him a picture of Eric Estrada and said:

This is (a) picture I took of you on TV. Just so you can see what you looked like last night. Man TV really does change everything.

Dude, you are wrong. Just wrong…And then there is your Salsa look-alike.

If anyone is looking for Manjarres after that comment you will probably find him in the gym or chasing down soccer balls.