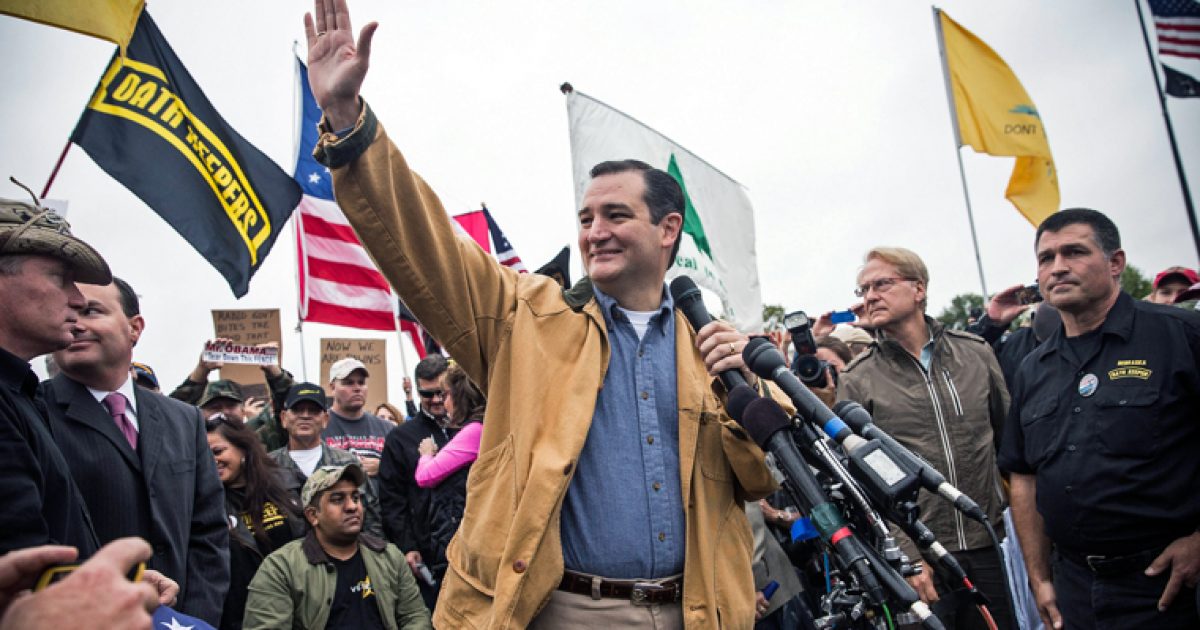 In at least three states, Ted Cruz is not releasing his delegates which means he may hold onto some clout at this summer’s Republican National Convention.

Cruz sent out a letter to the Republican state parties in Kansas, Oklahoma and Texas on Monday informing them he plans to keep the delegates he won.

Out of all the states Kansas delegates are key because they are required to remain with whomever they are pledged to until the candidate officially releases them — unlike most other states, they are not allowed to vote their conscience unless given permission.

Cruz’s letter to Kelly Arnold, the chair of the Kansas GOP which was obtained by CNN said:

Although I have suspended my campaign for the Republican Party nomination for President of the United States, I do not release any Republican National Convention delegates bound to me as a result of the 2016 delegate selection process that took place in your state.

Even though Trump is the presumptive nominee and is on a path to get all 1,237 delegates needed, by holding on to his delegates Cruz hopes to exercise at least some control over convention rules and procedures.

The the letter to Arnold, Cruz also said:

I encourage all delegates who supported my campaign — and who support a constitutional conservative agenda that will grow jobs, protect our freedoms, and ensure our security — to actively participate in shaping the Party platform and rules in a manner that will ensure our cause is advanced.

Earlier this year, Senator Marco Rubio’s campaign reached out to the state party chairs to hold on to their delegates as well. This was done before Trump became the presumptive nominee.