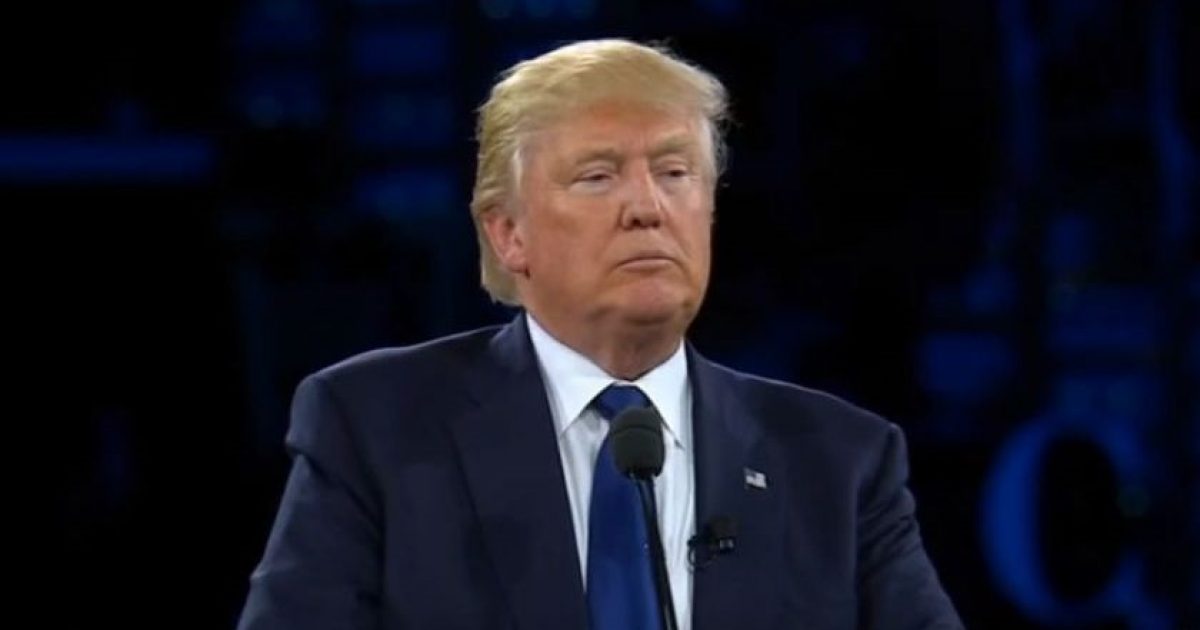 Trump Reveals When America Was Great

Donald Trump says he wants to make America great again. That slogan has left people wondering at what point in history did Trump think America was great.

He answered the question during an interview with The New York Times published on Saturday.

A reporter asked when do “you think the United States last had the right balance, either in terms of defense footprint or in terms of trade?”

Trump answered during the periods of military and industrial expansion at the onset of the 20th century and then again in the years after World War II.

If you look back, it really was, there was a period of time when we were developing at the turn of the century which was a pretty wild time for this country and pretty wild in terms of building that machine, that machine was really based on entrepreneurship.

Trump also pointed to the “late ’40s and ’50s,” a time when he said ” we were not pushed around, we were respected by everyone, we had just won a war, we were pretty much doing what we had to do.”

He did not point on the Reagan Era and this is why:

The North American Free Trade Agreement (NAFTA), was signed by Bill Clinton in late 1993 opened up trade barriers between the United States, Mexico and Canada.