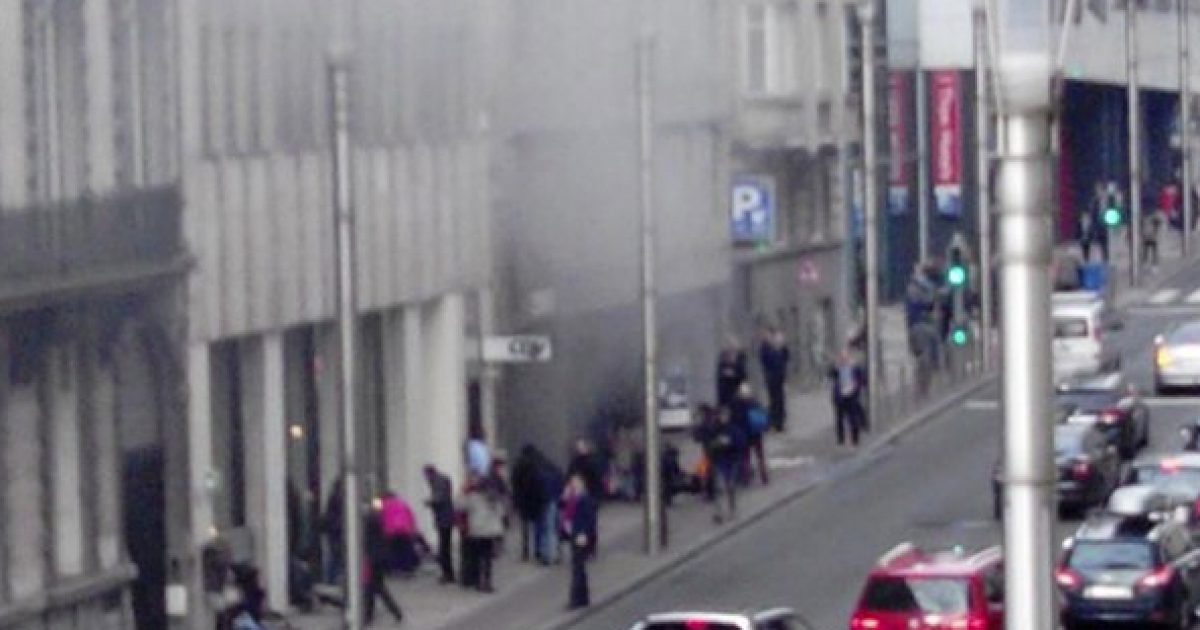 On Tuesday there were three explosions in Brussels. Two at Brussels airport and one by EU buildings.

Reports are stating thirteen were killed after the explosions at the airport and ten were killed in a blast near the EU buildings that happened 90 minutes later.

The airport is currently on lock down. Public transportation services are also suspended and plane services are being diverted. Also the terror alert in Brussels has been upgraded to the highest level and they are on lock down.

The Belgian prosecutor has confirmed the bombings were suicide attacks and there are many reports witnesses shouted in Arabic before the explosions went off.

After the explosions the following tweet was posted by Brussels Airport:

There have been 2 explosions at the airport. Building is being evacuated. Don’t come to the airport area.

The initial blasts were believed to have been centered at the American Airline check-in counter.

An hour and a half later, a third explosion went off at Maalbeek Metro Station, which is the nearest stop for thousands of diplomatic staff at nearby European Union headquarters.

The blast came from one of the carriages about 9:30 am, one of the station’s peak traffic times.

Britian’s Prime Minister David Cameron said he was “shocked” by the attacks.

I am shocked and concerned by the events in Brussels. We will do everything we can to help.