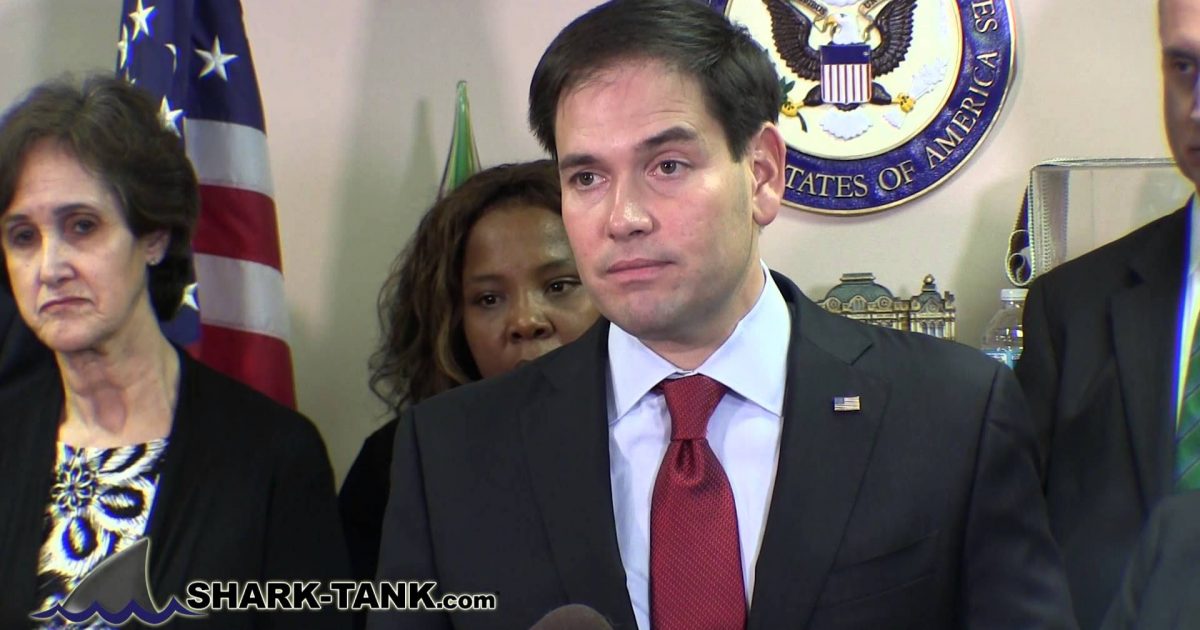 The word around the political water cooler is that Senator Marco Rubio should withdraw from the Republican presidential primary race before he does even more irreparable damage to his brand, and to his future in politics.

I tend to agree with those who believe Rubio should drop out. Now, I am all for a good fight, kind of like the fight we saw back in the 2010 Senatorial race in Florida between Rubio and then-Florida Governor Charlie Crist.

Marco Rubio is a great guy, I pray for him regularly and care for him sincerely, almost all of my family and most of my friends have voted for him in the primaries and caucuses held so far, and it is time for Marco Rubio to withdraw from the race.-Erick Erickson

But while some will say that the 2016 GOP presidential primary is similar to Florida’s the 2016 Senate race, it’s not. Not by a long shot.

Rubio is facing a significant challenger in Senator Ted Cruz, and forgettaboutit when it come to Donald Trump.

Trump is steamrolling his way to the nomination.

The other day I stated on NewsmaxTV that I, like many others, believe the only path Rubio has to win the GOP presidential nomination is a brokered convention.

It is, but what kind of collateral damage will the Republican Party endure if Donald Trump garners the most delegates, and then they don’t nominate him?

When it comes to when Rubio should drop out, I don’t think it really matters all that much.

I would prefer him to drop before Florida’s primary next Tuesday because I feel that it will help preserve his chances of being picked for the Vice President spot, or even help him if he wants to run for governor of Florida in a couple of years.

So, while Rubio supporters and donors want to point fingers at everyone they believe is responsible for his poor showings on election night, who really is to blame for Rubio’s demise?

It is easy to point at his campaign staff, even though they did run a somewhat poor campaign, but at the end of the day, it was Rubio who is accountable.

If Rubio would not have given the Senate Gang of 8 immigration reform bill his full-throated support, Rubio would be the nominee at this juncture.

There would be no Cruz, Carson, Fiorina, or Trump.

This was Rubio’s nomination to lose back before his immigration mistake.

Javier Manjarres is a nationally renowned award-winning political journalist. Diverse New Media, Corp. publishes Floridianpress.com, Hispolitica.com, shark-tank.com, and Texaspolitics.com He enjoys traveling, playing soccer, mixed martial arts, weight-lifting, swimming, and biking. He ran as a Republican in the 2018 congressional primary race in Florida's CD 22. Javier is also a political consultant, and has also authored "BROWN PEOPLE," which is a book about Hispanic Politics. Learn more at www.brownpeople.org Email him at [email protected]l.com