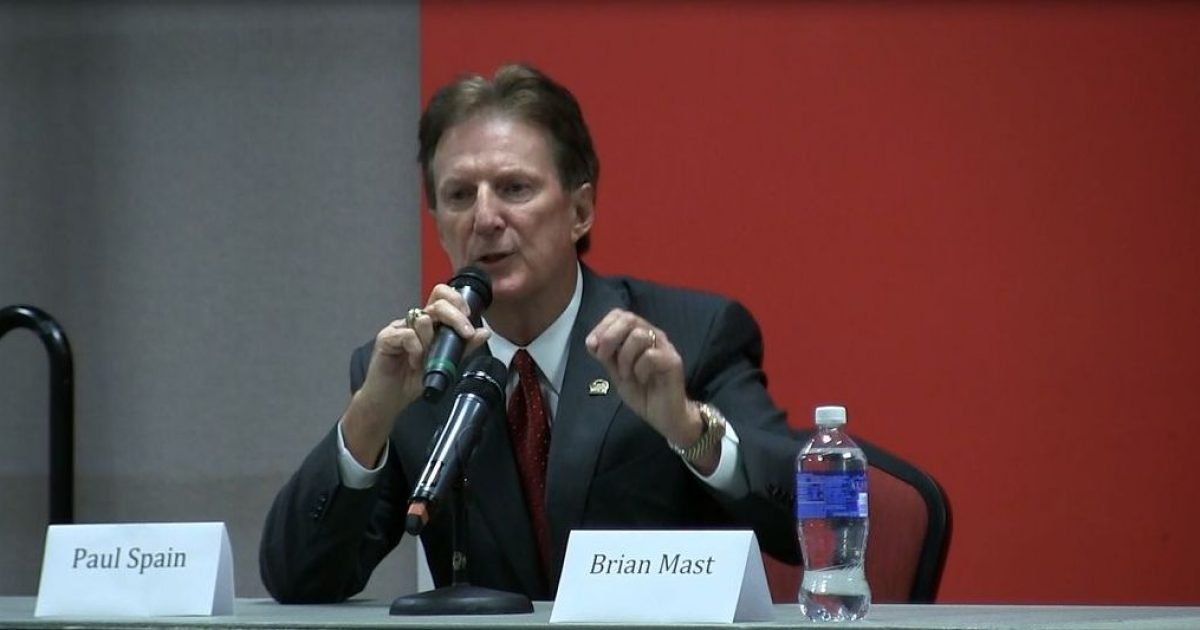 Is Immigration Reform All About Compassion? (Video)

The latest forum or debate between the Republican candidates running in Florida’s 18th congressional district took on the campus of Florida Atlantic University in Boca Raton, Florida, and was hosted by the local College Republican chapter.

Negron was the only candidate to skip the debate.

The debate was moderated by club president Harry Joseph, who then turned to audience for a quick Q & A session.

Joseph’s first asked the candidates for their take on what could be done about the millions of illegal immigrants living in the U.S.

Spain echoed much of what Mast said, adding that the immigration issue was not about compassion, but about the rule of law.

Spain also believes that  an E-verify system for immigrants wanted to work in the United States is necessary to stem the tied of illegal immigration.

While also stating that he did not support amnesty for illegal immigrants and that border security was paramount, Rick Kozell, who sounded a bit like Jeb Bush and his “Act of Love” comment,  parted company with Spain and Mast, saying that he believes that immigration reform needs to be looked at in a more compassionate light.

I am going to have to part ways a little bit, not a little bit, but greatly with both Paul and Brian. I think this is very much about compassion. –Rick Kozell

Kozell, whose mother-in-law is of Mexican descent, believes that the precise reason immigration had to be fixed was out of compassion, adding his believe that a ” temporary form of status that allows them (illegal immigrants) to work.”

Watch the debate video on immigration below