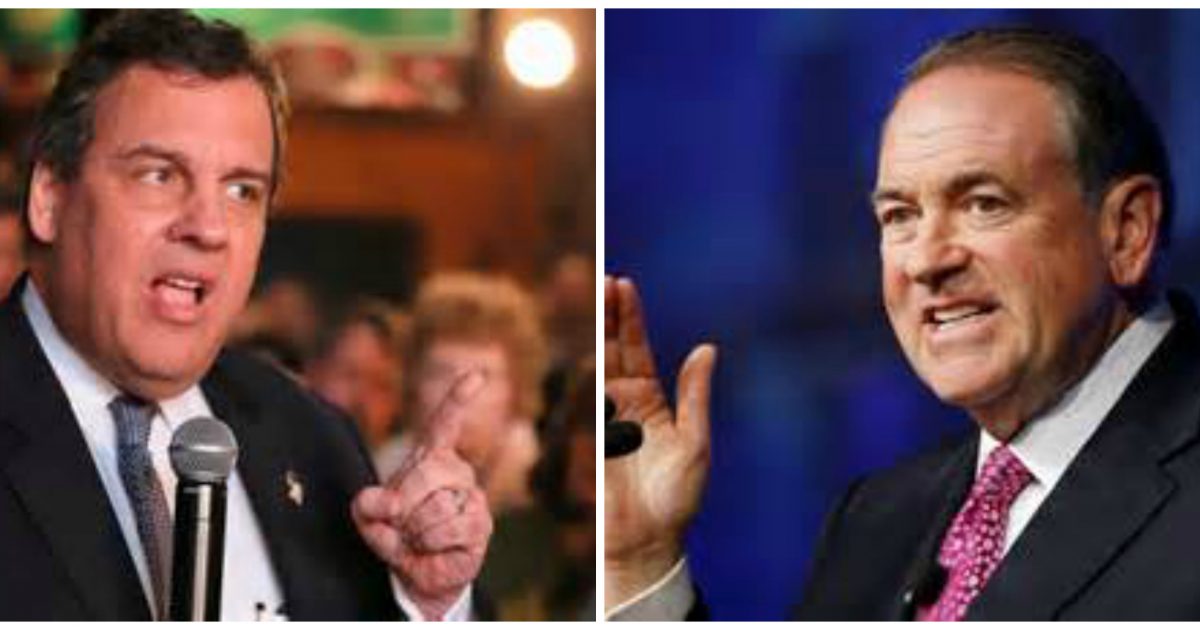 New Jersey Governor Chris Christie and former Arkansas Governor Mike Huckabee did not qualify to be in the prime time Republican debate on November 10.

Former New York Governor George Pataki and South Carolina Senator Lindsey Graham failed to qualify for the undercard debate as well. This means they will not appear at all.

Fox Business is the sponsor of the fourth GOP debate and according to CNN, they indicated last month candidates would have to get at least 2.5% in the four most recent national polls to qualify for the prime time debate at 9 p.m.. Candidates in the undercard debate would need to get at least 1%.

Christie and Huckabee only averaged 2.25% from the latest four polls: Fox News, Quinnipiac, NBC/Wall Street Journal and Investors Business Daily. Graham and Pataki did not even receive 1%.

Christie, Graham and Pataki were not happy with the news.

The ranking of the candidates on the main stage are as follows: