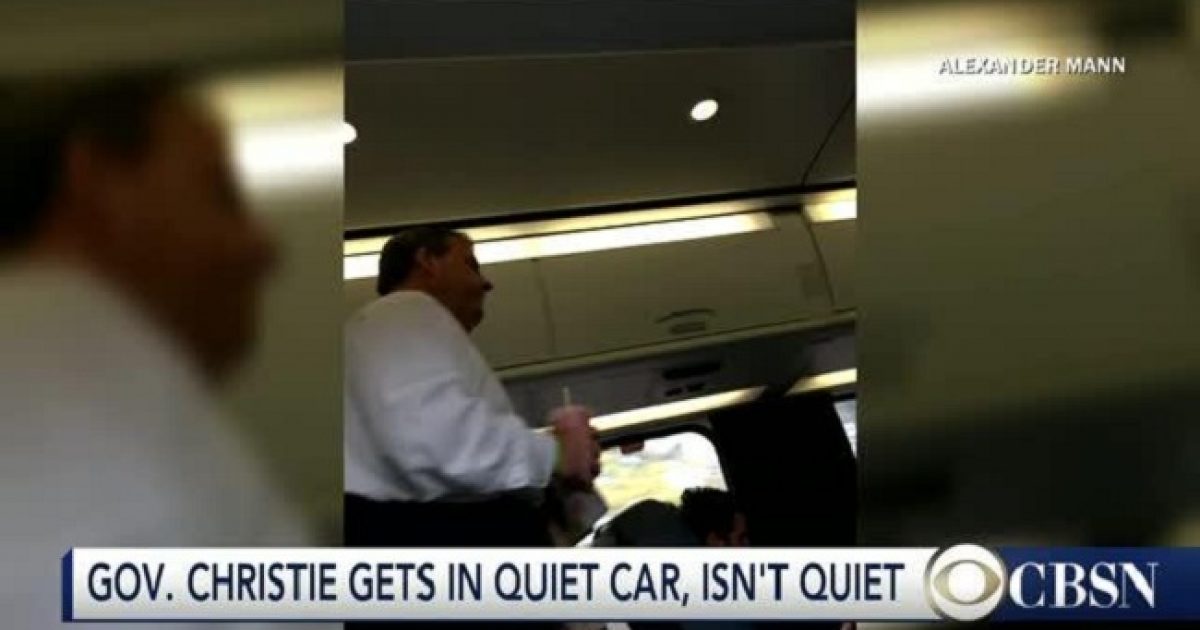 New Jersey governor Chris Christie was asked to leave Amtrak’s quiet car Sunday morning after passengers complained about him yelling at his security detail and into his cell phone as reported by CNN.

One woman who sat across from Christie said it was not a big deal and that once he realized it was a quiet car he left quickly and politely.

Christie was on the 9:55 a.m. train back to New Jersey from Washington, D.C. after he made an appearance of CBS’ Face the Nation.

When he walked onto the train he was chugging down a McDonald’s strawberry smoothie and already chewing out someone who was with him. He was mad about a mix up in seating arrangements.

When Christie took his seat he began making cell phone calls even though he was in the quiet car that prohibits passengers from having loud conversations and using their phones.

The details of the conversation were unclear but it was definitely some sort of work phone call. This went on for 5-10 minutes until the conductor, prompted by passenger complaints, asked him to stop using his cell phone or leave the car. He again started yelling at his security detail and huffed off to another train car. He kept repeating ‘frickin ridiculous’ and ‘seriously?!’