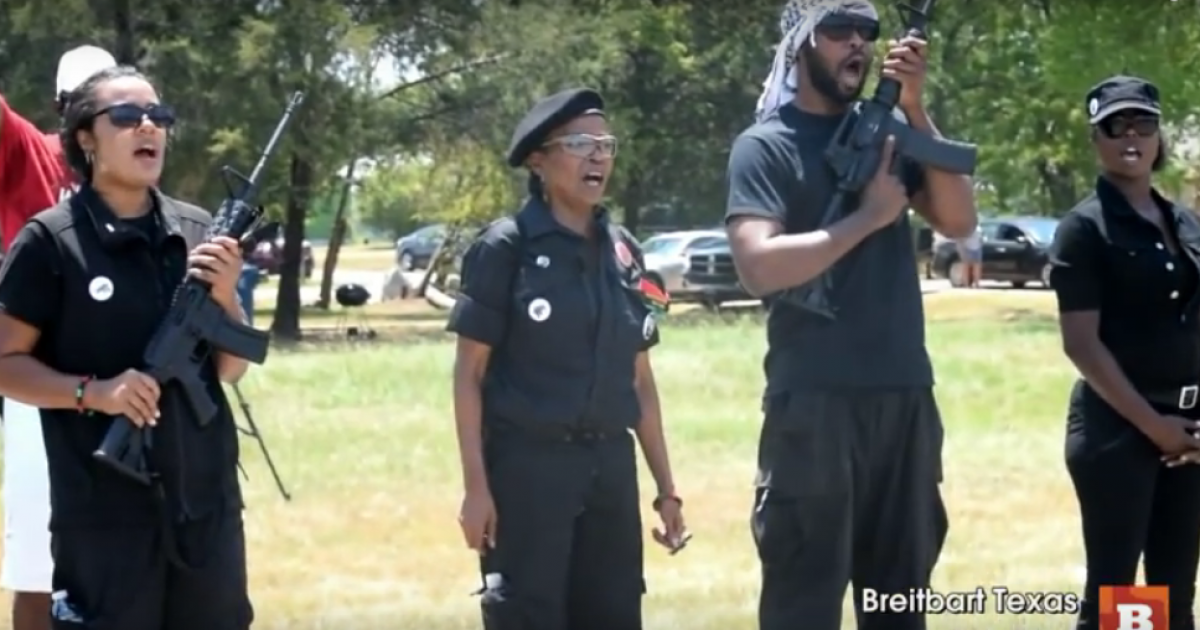 Just two weeks prior to the assassination of a Harris County deputy sheriff armed Black Panther members marched in from of Waller County jail in Houston, Texas and threatened the police.

As reported by Breitbart, the leader of the Black Panthers at that protest said:

You think we’re not pissed off a bunch about y’all killing our sisters? You think  it’s okay? (We’re] the wrong n***ers to mess with. You’re gonna stop doing what you’re doing, or we will start creeping up on you in the darkness.

The rally took place in front of the same jail where inmate Sandra Bland took her life by hanging herself with a trash bag after she was arrested.

Shannon Miles, a black male reportedly “creeped up” behind Harris County Deputy Darren GoForth in the darkness and shot him. His actions mimicked what the Black Panthers threatened to do.

Whereas there is no revealed evidence the two incidents are related, watch the video below and come to your own conclusion.